Soon after being remanded to judicial custody in a drugs case, actor Armaan Kohli moved a bail plea before the court. 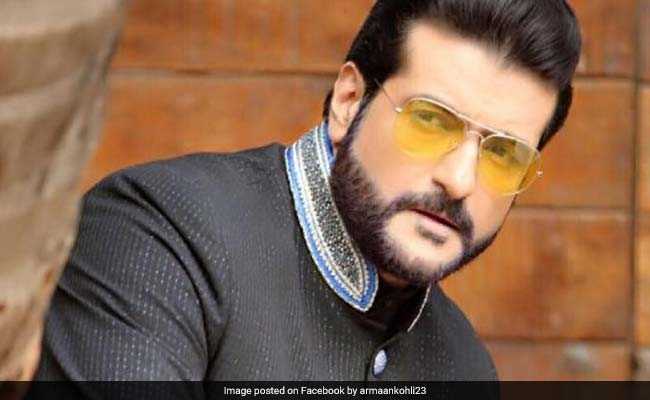 A Mumbai court on Wednesday sent Bollywood actor Armaan Kohli, arrested in a drugs case, to 14-day judicial remand at the end of his NCB custody.

Mr Kohli, soon after being remanded to judicial custody, moved a bail plea before the court.

The actor was placed under arrest on August 28 after being questioned by the Narcotics Control Bureau (NCB) following recovery of drug from his house in suburban Juhu.

He was produced before the court at the end of his NCB custody on Wednesday.

The court sent the 49-year-old actor to jail under judicial custody as no further remand was sought by the apex drug law enforcement agency.

Earlier, the NCB had told the court it had seized more than one gram of cocaine from the actor's house during a raid.

The central agency had told the court that there was evidence to suggest Mr Kohli, booked under the Narcotic Drugs and Psychotropic Substances (NDPS) Act, was associated with an international drug syndicate.

An alleged drug peddler, Ajay Raju Singh, who was arrested by the NCB along with the actor and booked under the NDPS Act, too, was sent to 14-day judicial custody by the court.

Mr Kohli has featured in the Salman Khan-starter "Prem Ratan Dhan Payo", among other Hindi, films and was also one of the contestants of TV reality show ''Bigg Boss''.

"Partnership With Prashant Kishor Fell Through Because...": Priyanka Gandhi