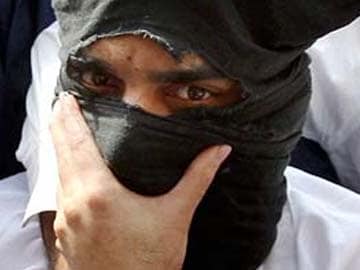 Mumbai: Alleged Laskkar-e-Toiba operative Sayed Zabiuddin Ansari, alias Abu Jundal, wanted to take part in the 2008 Mumbai terror attack by landing in the city along with others, according to his confession.

Jundal, as per Mumbai police, was one of the key conspirators. LeT 'commander' Zaki-Ur-Rehman Lakhvi stopped him from going to Mumbai and asked, instead, to be in the 'control room' in Pakistan from where the Mumbai attackers were given directions, says his confession.

The copies of Jundal's confession were given to defence lawyers today by the special court which is conducting the trial in 26/11 case.

Jundal had volunteered to give the confession last August, which he subsequently retracted.

"I told Lakhvi I want to take part in the big operation in Mumbai but Lakhvi told me that I should be in the control room and encourage the boys," said Jundal in the confession.

Jundal also said he had mooted the idea of carrying out blasts in Mumbai, Pune and Gujarat in 2005. "I had gone to Kathmandu, Nepal, to learn more about jihad and I, Fayaz Kagzi and one Juned met there outside a mosque and there I said that I am ready to carry out blasts in three places."

A native of Beed district of Maharashtra, Jundal was deported from Saudi Arabia in June 2012.

Mumbai terror attacks of November 2008 left 166 dead and many more injured. As per the chargesheet in the case, after fleeing Maharashtra, Jundal entered Bangladesh in May 2006, where he was received by an ISI agent. He then used a boarding pass issued in a fictitious name to fly on PIA flight to Pakistan.

Promoted
Listen to the latest songs, only on JioSaavn.com
In Maharashtra, Jundal is also accused of involvement in Aurangabad arms haul, 2010 German Bakery blast in Pune and Nashik police academy attack conspiracy.