The party will fight Lok Sabha polls in four states - Delhi, Punjab, Haryana and Goa. But, it has decided not to contest in Maharashtra, AAP's national spokesperson Preeti Sharma Menon said today 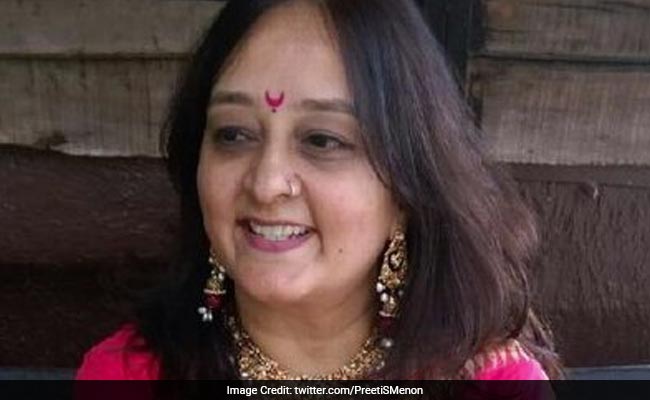 We will devote all our strength on the seats where we are certain we can defeat them: Preeti Sharma Menon

The Aam Aadmi Party (AAP) today said "as of now" it has decided not to contest the forthcoming Lok Sabha elections in Maharashtra.

The party will fight Lok Sabha polls in four states - Delhi, Punjab, Haryana and Goa. But, it has decided not to contest in Maharashtra, AAP's national spokesperson Preeti Sharma Menon said today.

"As of now, we are not contesting any seat in Maharashtra, but the party may take a view on a few seats if we feel it will help defeat the BJP," she said.

The party wants to save democracy from the "clutches" of Prime Minister Narendra Modi and BJP president Amit Shah, so "we will devote all our strength on the seats where we are certain we can defeat them," Ms Menon said.

However, former AAP leader Mayank Gandhi said the decision shows the party is "dead" in Maharashtra, which has 48 Lok Sabha seats - the second highest number after Uttar Pradesh which has 80 parliamentary constituencies.

"Encouraging the worst kind of leadership at the behest of volunteers destroyed AAP''s ethos and soul. Only self-seeking people are left in the party now," he claimed.

Mr Gandhi said if the Arvind Kejriwal-led party, which rules the Delhi Assembly, contests in Maharashtra, it may not even get a few thousand votes and become a "laughing stock". Notably, the party had drawn a blank in the state in the 2014 general elections.

Dissident AAP leader Ravi Srivastava, who was one of its founder members, said the party''s position in Maharashtra was quite "weak", so it was a wise decision not to contest the Lok Sabha polls in the state.

"The AAP fared very badly in the recent Assembly polls in Hindi heartland states. It couldn''t garner more than the NOTA (none of the above option for voters) votes polled. The party has miserably failed to expand its base outside Delhi and even its MPs and MLAs are quitting. So, it is a wise decision," he said.

Since the last two years, AAP has suffered a setback in Maharashtra after its prominent leaders like Mayank Gandhi and Anjali Damania left the party. Its state executive committee was also disbanded sometime back