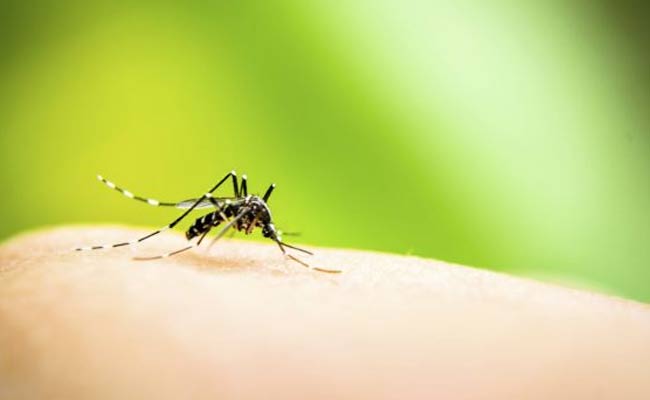 New Delhi: At a time when the number of dengue cases is on the rise across the country, a survey has claimed that around 92 per cent people are unaware of the fact that the deadly disease is caused by mosquito bite.

The survey, which covered 16 cities with a sample size of around 1,600 respondents, is commissioned by Godrej Consumer Products Limited, which sells mosquito repellents under the brand name 'Good Knight'.

It, however, said that 85 per cent of the respondents know it is a life threatening disease and 76 per cent parents are of the view that children are most vulnerable to dengue, said the survey report titled 'Good Knight Dengue Awareness'.

The survey, which was conducted by Nielsen, said the number of dengue cases has seen an alarming rise in the last few years.

"What's even more startling is that 80 per cent population agrees that mosquitoes are visible during the day but only 8 per cent use any repellents during the daytime,"  the report added.

The survey found that overwhelming 87 per cent respondents across all cities, except the India IT capital Bangalore where only 62 per cent people agreed, see dengue as a life-threatening disease.

"The agree rate was 100 per cent in Kolkata, 97 per cent in Delhi and 89 per cent in Mumbai. Apart from the metros, nearly all the cities with the exception of Hubli - which had just 8 per cent agreeing - exceeded the national average of this survey," it said adding that Agra also scored 100 per cent.

On the issue whether children are more prone to this viral disease in school as the dengue mosquito bite during the day light, 88 per cent agreed in Kolkata followed by 83 per cent in Delhi.

"Chennai and Mumbai had an agree rate of 65 per cent and 66 per cent respectively. The lowest disagree responses were recorded in Kolkata at 11 per cent and Amritsar at 14 per cent," it added.

Moreover, on the topic that children more likely follow their teachers rather than their parents when it comes to education about diseases, 78 per cent felt that teachers can probably play a key role in making their students better aware about dengue.

"While outdoors and sitting in one's balcony figured second and third highest at 37 and 34 per cent respectively, among other occasions when people were most likely to be bitten by mosquitoes," it added.

According to the survey, 79 per cent claim that mosquitoes are visible during the day, they probably do not realise when they are bitten.

"This comes in the light of the fact that people are most vulnerable to mosquito bites at night," it added.

To prevent mosquitoes, 67 per cent prefers liquid vaporisers, coils accounted for 37 per cent and aerosols came a distant third, with 7 per cent.