The state government in June 2017 unveiled a mega Rs 34,022 crore farm loan waiver scheme that will see debt of up to Rs 1.5 lakh per farmer being written off 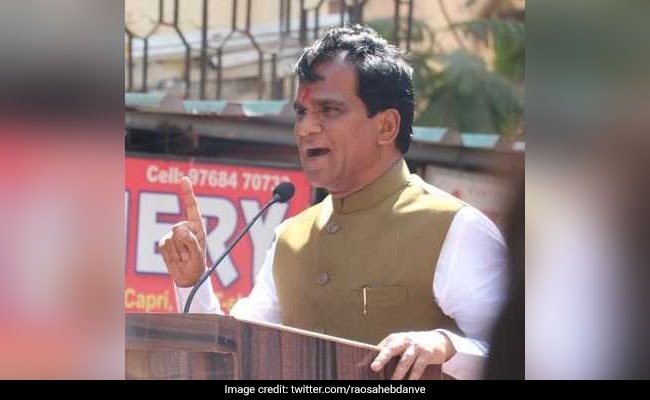 Maharashtra BJP chief Raosaheb Danve has claimed that nearly 90 per cent farmers in the state have got the benefit of the government's loan waiver announced last year.

His statement came after Shiv Sena chief Uddhav Thackeray claimed at a rally in Pandharpur town of Solapur district on Monday that benefits of the government's crop insurance and debt waiver scheme have not reached cultivators.

The state government led by Chief Minister Devendra Fadnavis had in June 2017 unveiled a mega Rs 34,022 crore farm loan waiver scheme that will see debt of up to Rs 1.5 lakh per farmer being written off.

"Loan waivers are going on accordingly. Ninety per cent farmers have got the benefit of loan waiver in Maharashtra and the process is still underway in the state," Mr Danve told reporters in Nagpur on Monday evening.

He said wheat was being distributed at Rs 2 per kg and rice at Rs 3 per kg in the state's 14 districts hit by farmer suicides. "The government has undertaken various schemes to stop farmer suicides in the state," the BJP chief said.

To a query on possible seat-sharing with the Shiv Sena for the next year's Lok Sabha polls, he said, "So far we have not started talks with the Sena, but the talks may take place in future."

During his rally on Monday, Mr Thackeray did not give any indication of aligning with the BJP for elections in future.

Mr Danve claimed that people want the two parties to stay together and jointly contest the upcoming polls.

The Sena is currently an ally of the BJP-led governments at the Centre and in Maharashtra.