World Trade Centre Attack: It is unfortunate that on that very September 11, the 9/11 terrorist attack took place in the US, and it shook the entire world, PM Modi said. 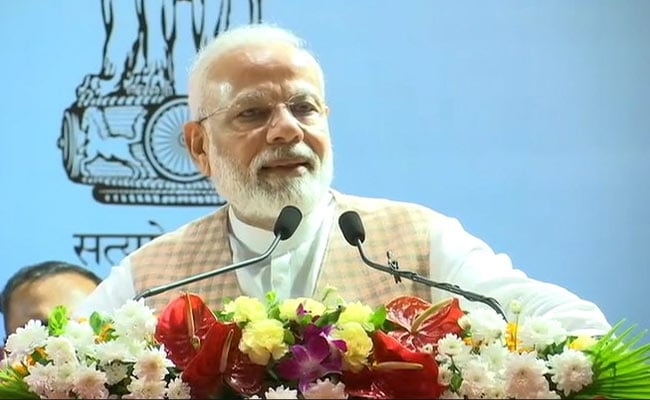 PM Modi said people need to unite whether the problem is sickness, pollution or terror

Prime Minister Narendra Modi on Wednesday said the roots of terrorism are being nourished in India's neighbourhood and asserted that New Delhi is fully competent to meet the challenge. He also invoked the September 11 terror attacks on the twin towers of the World Trade Centre in the US on the tragedy's 18th anniversary today.

"Today terrorism has become an ideology which has transgressed every border. It is a global problem and has become a global threat, whose strong roots are getting nourished in our neighbourhood," PM Modi said in an apparent reference to Pakistan.

He said the entire world needs to take a pledge against this ideology, against those who are taking it forward and those giving shelter and training to terrorists.

"There is need for strong action," he said. "India is fully competent to face the challenge. We have shown this and will also show it in future."

PM Modi said his government's effort to strengthen anti-terror laws is a step forward in this direction.

Remembering the 9/11 attack, he said, "September 11 is also a special day for another reason, as it was on this day a century back when Swami Vivekananda delivered his historic address in Chicago."

"Through that speech, the entire world thoroughly understood the culture and tradition of India. But it is unfortunate that on that very September 11, the 9/11 terrorist attack took place in the US, and it shook the entire world."

He said people need to unite whether the problem is sickness, pollution or terror.

The Prime Minister was addressing a gathering after the launch of the National Animal Disease Control Programme (NADCP) for eradicating foot and mouth disease and brucellosis in livestock.