6 Jets Touch Down For Opening Of Agra-Lucknow Expressway, India's Longest

Fighter jets of the Indian Air Force landed on the Agra-Lucknow Expressway in a drill.

Unnao: Six fighter jets of the Indian Air Force (IAF) starred in the grand opening on Monday of  India's longest expressway in Uttar Pradesh. Chief Minister Akhilesh Yadav was present when his father and Samajwadi Party chief Mulayam Singh Yadav opened the Agra-Lucknow Expressway at Unnao, around 50 km from Lucknow.

Sukhoi and Mirage 2000s jets performed simulated landings, a first for any road launch. The first jet, a Sukhoi, could not land on its first attempt because of a dog that had strayed onto its path. The aircraft was forced to overshoot its touch-down spot. It was successful in its second attempt at the end of the show.

The 305 km expressway was completed in a record 23 months. It is tipped to reduce travel time between Delhi and the Uttar Pradesh capital from nine hours to around five. 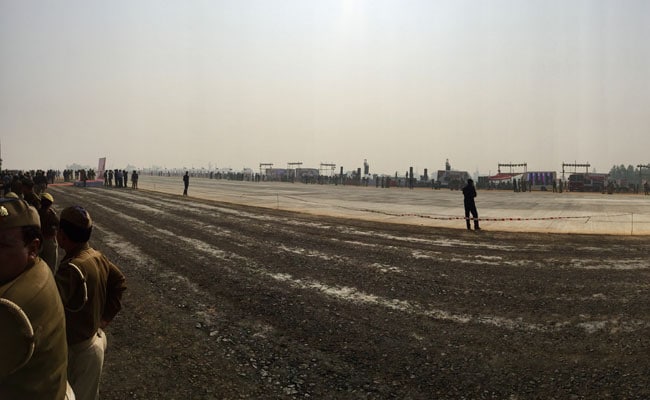 The expressway where the jets landed.

Ahead of the Uttar Pradesh election early next year, campaign music blared out of speakers and the feuding Yadav clan put up a show of unity. Mulayam Singh's younger brother Shivpal, who has been ranged against Akhilesh, and Ram Gopal Yadav, reinstated weeks after his sacking, shared the stage.

Former chief minister Mayawati accused the ruling party of trying to rush the launch of the highway when even road signs haven't all been put up. "When I was UP Chief Minister, there were some flaws in the Noida Expressway...They said inaugurate it before polls but I refused to play with people's lives by inaugurating an incomplete expressway," she said. 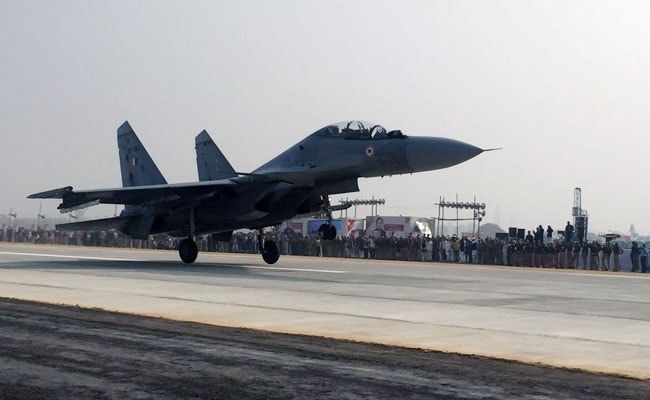 Fighter Jets of the Indian Air Force performed simulated landings on the expressway.

On Friday, a fighter jet practised on a 3.3 km stretch of the highway marked for landings as part of a Defence Ministry plan for emergencies when military air fields are not available. A bureaucrat who was returning to Lucknow after watching the test landing was injured in a car crash on the brand new highway.

Promoted
Listen to the latest songs, only on JioSaavn.com
Earlier that day, the Chief Minister, who had recently taken a ride with his family on the expressway, had warned: "I request you to drive on the expressway with caution and not exceed a speed limit of 100 km an hour."

The state government hired an eight-camera set-up to shoot the event.