When Mr Soota turns 80 in November, Happiest Health will be a rare Indian technology startup with an octogenarian founder. 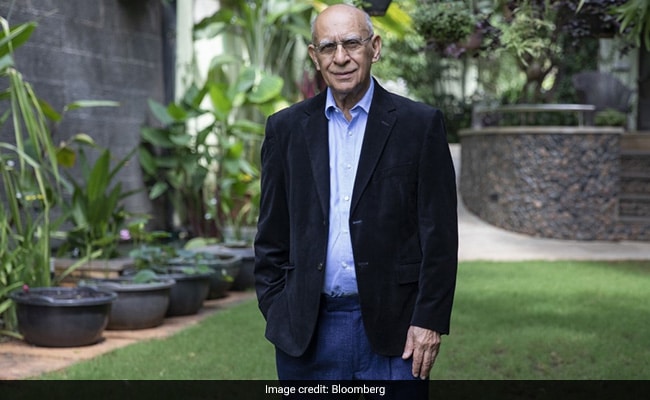 Ashok Soota has spent four decades in India's technology industry, headed three prominent IT companies and taken two of them public. Now, the 79-year-old is getting his newest venture off the ground with a goal to take it to IPO in five years.

When Mr Soota turns 80 in November, Happiest Health will be a rare Indian technology startup with an octogenarian founder. He is basing the startup on his holistic view on health and wellbeing, while drawing inspiration from Berkshire Hathaway Inc.'s Warren Buffett and Charlie Munger -- who are plowing ahead in their nineties.

"They embody the canon that work is exercise for the mind," Mr Soota said in an interview this week on the roof garden of his sweeping Bangalore home, seated amid flowering orchids and a large aquarium full of fish.

Located in the viridescent Koramangala neighborhood, the residence isn't far from where India's IT outsourcing businesses first set up decades ago. Mr Soota played key roles in building what's become a $227 billion industry.

He was brought in to steer Wipro Ltd. in 1984 and went on to make a success of its outsourcing business while largely staying in the shadow of its charismatic chairman, billionaire Azim Premji. Mr Soota quit in 1999 to co-found rival IT services company Mindtree Ltd., bringing it to an initial public offering in 2007.

He then did a repeat by founding digital services-focused outsourcer Happiest Minds Technologies Ltd. in 2011. As executive chairman, he led it to a public debut in 2020 amid the pandemic, entering billionaire ranks when its market value surpassed $2.5 billion last year.

Soota-founded ventures have recently faced headwinds along with the broader tech sector. Happiest Minds, of which Mr Soota owns about 53%, has lost a quarter of its value this year for a current market capitalization of $1.8 billion. Mindtree is down about a third.

On the surface, Mr Soota isn't perturbed. His latest startup, Happiest Health, aspires to be a Google-meets-WebMD-meets-Mayo Clinic venture that helps people navigate mental and physical health. It lets customers access health information that has thus far been hard to find, particularly on treatments and therapies melding Western and Eastern practices.

Bootstrapped by Mr Soota, the company has 90 employees, including doctors, scientists and writers. Mr Soota is building the business based on his background in overseeing hundreds of thousands of employees and his experiences with their wellbeing, work-life balance and relationship issues.

"For decades, Ashok Soota spotted IT services trends and figured out how to stay ahead," said Thomas George, president of researcher CyberMedia Research. "He's now chasing a new challenge."

Mr Soota walks about five miles every morning followed by 30 minutes of laps in his pool. He also practices yoga a couple of times a week.

The serial entrepreneur hinted he may still have a startup idea or two up his sleeve. "The median age of India's technology workforce is 26 or 27 years," said Mr Soota. "Being around them keeps me young and full of plans."