11 Drown After Boat Overturns In Rajasthan, Locals Jump In To Rescue

Rajasthan Chief Minister Ashok Gehlot expressed condolences to the families of those who died in the accident. 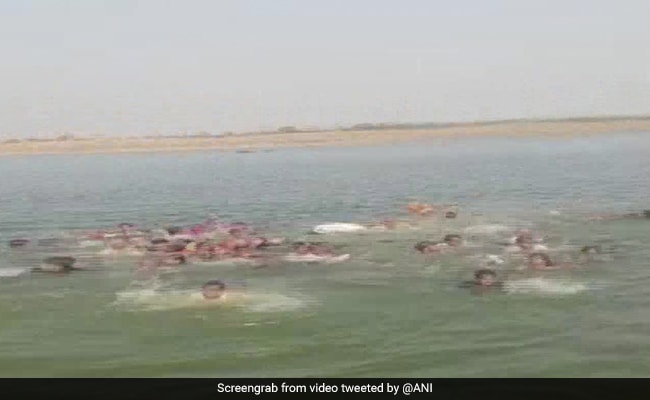 Rajasthan: The villagers on the boar were crossing from one bank to the other.

11 people have died and three missing after a boat overturned in the Chambal river in Rajasthan's Kota district this morning. 25 to 30 people were on the country boat, officials said. The site of the accident is close to Bundi district.

The police said the missing people could have swam to the other bank of the river for safety.

Rajasthan Chief Minister Ashok Gehlot announced a compensation of Rs. 1 lakh to the families of those who died in the accident and expressed condolences. "The incident of a boat overturning near the Chambal in Kota is unfortunate. My deepest condolences to the families of the victims of the accident," he tweeted. He said he has spoken with officials in Kota and instructed for relief to be given to the affected families from the Chief Minister's Relief Fund.

The villagers on the boar were crossing from one bank to the other. Eyewitnesses say some people had also taken their motorcycles on the boat.