6 Dead, 10 Injured After Vehicle Falls Into Gorge In Himachal Pradesh

The driver of the allegedly overloaded vehicle lost control while trying to avoid a head-on collision with a truck, eyewitnesses said. 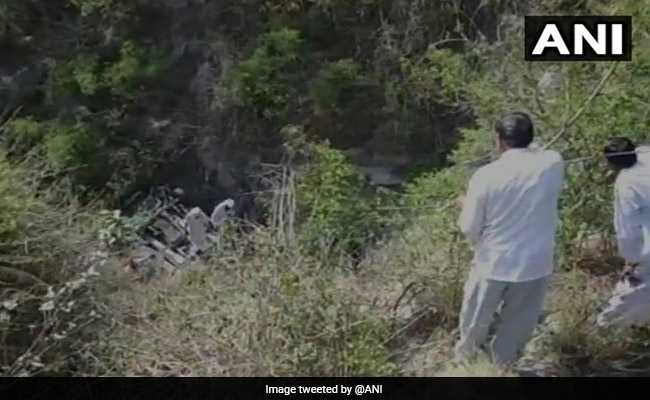 Shimla: Six people died while 10 others were injured when the vehicle carrying them fell into a gorge in the Una district of Himachal Pradesh on Monday. The 16 had come on a pilgrimage from Punjab to pay their respects at the Dera Vadbhag Singh gurdwara near Una and were returning home when the accident took place.

The driver of the allegedly overloaded vehicle lost control while trying to avoid a head-on collision with a truck, eyewitnesses told news agency Press Trust of India. District administration officers rushed to the scene of the accident and recovered the bodies with the help of fire brigade personnel.

Una district police chief Diwakar Sharma said the injured were rushed to the zonal hospital while the bodies of the deceased, four of whom were women, were sent there for post-mortem.

A case has been filed and police are probing the cause of the accident, he said.

In another accident, a vehicle veered off the road near Jamal village in the Mandi district of the state leaving 15 devotees, including 14 women, injured. Eight of them suffered serious injuries.

They were returning from a religious ceremony at Chhir village the police said. They said the injured were rushed to the civil hospital in an ambulance and that the injured persons were out of danger.

Promoted
Listen to the latest songs, only on JioSaavn.com
Governor Acharya Devvrat and Chief Minister Jai Ram Thakur expressed shock and grief over the death of the six devotees.