Mumbai-Pune Expressway accident: The driver of the truck was reportedly speeding and lost control of the vehicle when the accident occurred near the Khalapur toll plaza. 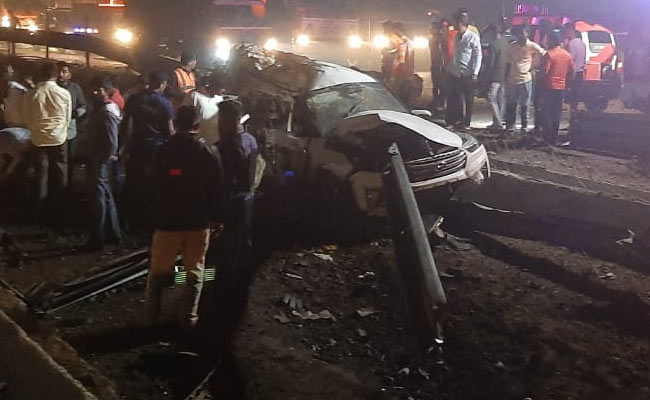 Five people were killed, including four of a family, after multiple vehicles collided on the Mumbai-Pune Expressway last night.

Five others have been injured and have been admitted to a hospital.

A truck rammed into two cars and another vehicle near Maharashtra's Khopoli last night, police told news agency PTI, adding that the victims included a veterinary doctor working with the Navi Mumbai Municipal Corporation (NMMC). He was travelling along with his family members in one of the cars, a police official said.

The victims were identified as Dr Vaibhav Jhanjare, his mother, wife and daughter, a police official told PTI. The 11-year-old son of the couple survived with injuries.

Another woman, who also died in the accident, was travelling in another car.

The driver of the truck was reportedly speeding and lost control of the vehicle when the accident occurred near the Khalapur toll plaza.