5 Couples Get Tickets For Goa Polls. That Will Be 25% Of House If All Win

Goa polls: The BJP has fielded two couples and also given candidature to one of its leader, while his wife will be contesting as an independent. 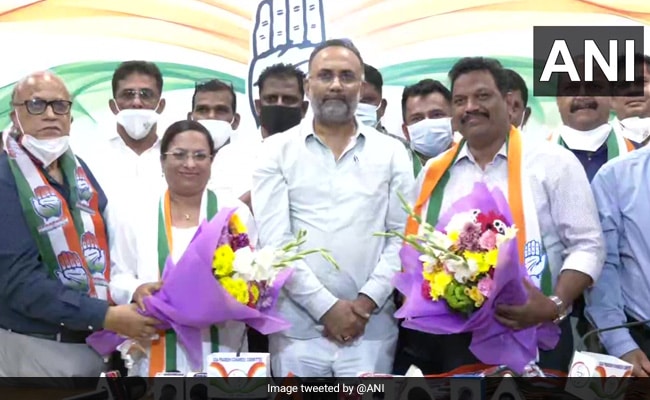 Goa: Congress and Trinamool Congress have given ticket to one couple each. (File)

Apart from being a multi-cornered fight with several parties in contest, next month's Goa Assembly elections will be an interesting affair for another reason - as many as five couples will be testing their electoral luck.

In case all of them get elected, they will form one fourth of the total strength of the 40-member Goa House.

The Bharatiya Janata Party (BJP), which currently rules the state, has fielded two couples and also given candidature to one of its leader, while his wife will be contesting as an independent. The Congress and the Trinamool Congress have given ticket to one couple each.

BJP leader and Health Minister Vishwajit Rane is contesting from Valpoi Assembly segment, while his wife, Deviya, has filed her nomination from Poriem constituency on BJP ticket. Interestingly, Poriem seat is currently represented by her father-in-law Pratapsinh Rane on Congress ticket. The Congress has given ticket to Pratapsinh Rane from this Assembly segment. However, he has withdrawn.

The BJP has also given ticket to Atanasio Monserratte from Panaji Assembly constituency and to his wife, Jeniffer, from Taleigao seat.

While Jeniffer Monserratte was elected on the Congress ticket in the 2017 Assembly polls from Taleigao, her husband had won as a Congress candidate during the 2019 Panaji by-election, which was necessitated after the death of the then chief minister Manohar Parrikar.

The Monserrate couple had joined the ruling BJP in 2019 along with eight other Congress MLAs.

Deputy Chief Minister Chandrakant Kavlekar and his wife Savitri Kavlekar are also in the fray.

While he has been given ticket by the BJP to contest from his traditional Quepem seat, Savitri was denied ticket by the party from Sanguem assembly segment. She then announced that she would be contesting as an independent candidate from that constituency. The couple had contested the 2017 election on the Congress ticket.

While Mr Kavlekar had won the polls and joined the BJP in 2019, his wife had lost the election.

The Congress has fielded Michael Lobo and his wife Delilah from Calangute and Siolim constituency respectively. The former state minister had recently left the BJP after the party denied ticket to his wife.

Mr Lobo had joined the Congress along with Delilah after quitting the BJP. She would be contesting her first Assembly election.

Mamata Banerjee-led Trinamool has given ticket to Kiran Kandolkar from Aldona constituency, while his wife, Kavita, would fight the polls as the party candidate from Thivim constituency.

Assembly elections in Goa will be held on February 14 and the counting of votes will be taken up on March 10.