46,000 Loudspeakers Removed From Various Religious Places In UP: Police

UP's Additional Director General of Police (Law and Order) Prashant Kumar also said the drive to regulate the use of loudspeakers in religious places is being implemented without any discrimination. 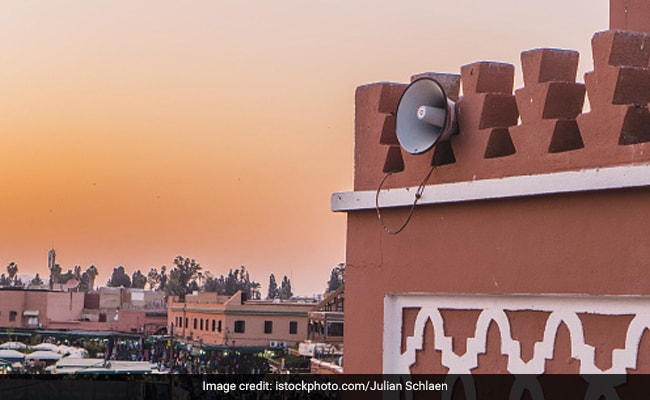 Volume of another 59,000 loudspeakers was set to permissible limits across UP. (Representational)

Nearly 46,000 unauthorised loudspeakers were removed from religious places and the volume of another 59,000 was set to permissible limits across Uttar Pradesh following a government order, a senior police official said on Saturday.

UP's Additional Director General of Police (Law and Order) Prashant Kumar also said the drive to regulate the use of loudspeakers in religious places is being implemented without any discrimination.

Under the drive, beginning April 25, a total of 45,733 loudspeakers was removed and the volume of 58,861 others was lowered to the permissible decibel limit till Saturday morning, ADG Kumar said.

The statewide drive to regulate the use of loudspeakers in religious places was launched on April 25, he said, adding it will continue in the coming days.

He said, “Orders of the high court regarding loudspeakers too are being considered during the exercise." The action followed Chief Minister Yogi Adityanath's directions during his last week's review meeting on law and order with senior officials here.

The chief minister had given the direction observing that the people have the freedom to perform their religious practices according to their faith.

"Though microphones can be used, it should be ensured that the sound does not come out of premises. People should not face any problem,” he had said.

The state authorities, meanwhile, also spoke to religious heads for maintaining law and order during the upcoming Eid festivities.

A total of 46 companies of Provincial Armed Constabulary, seven companies of Central Armed Police Force along with 1,492 police recruits have been deployed across the state to ensure law and order, police officials said.