Helicopters airlifted the group to safety after they were spotted early today at a base camp near India's second highest mountain, Nanda Devi. 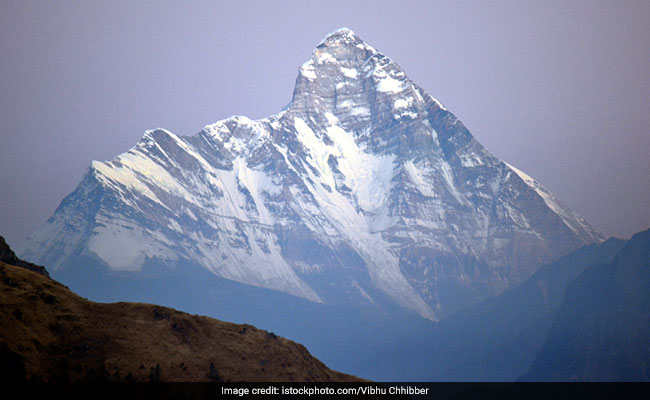 The missing mountaineers started their ascent on May 13. (Representational)

Four British climbers have been rescued from an avalanche-hit Himalayan mountain range, authorities said today, as a frantic search continued for eight other mountaineers still missing in its treacherous heights.

Helicopters airlifted the group to safety after they were spotted early today at a base camp near India's second highest mountain, the 7,826-metre (25,643-foot) Nanda Devi.

Scores of emergency workers were combing the peaks in two choppers and on foot as rescue operations entered a second day, having been hampered by rough weather on Saturday.

The eight missing climbers -- four Britons, two Americans, an Australian woman and an Indian -- were set to scale an unclimbed summit last week in the mountain range, which includes the world's 23rd highest peak.

Authorities said the four rescued were not part of the larger group but were in touch with them until May 26, a day before the avalanche struck the mountain.

"They were climbing separately but were in touch with the larger group. Heavy snowfall and bad weather had left them struck at the base camp," RC Rajguru, police chief of Pithoragarh district -- where the peak is located -- said.

The officer said there was no certain information on the location or safety of the mountaineers, who started their ascent on May 13.

The group, led by British climber Martin Moran -- who has successfully climbed the mountain twice in the past -- had initially set out for the Nanda Devi peak but a later post on his Facebook page hinted that they were attempting to scale a virgin peak in the region.

The group was expected to report back to the Munsiyari base camp on May 26 but a porter stationed at the camp reported to authorities that the group remained missing on May 31, prompting a search operation.

Hundreds of climbers from across the world visit India to scale mountains located across the Himalayan belt.

India has 10 peaks above 7,000-metres, including Kangchenjunga -- the world's third highest -- sandwiched between India and Nepal.

Four Indians were among 11 climbers that died climbing Mount Everest in the latest season that ended this week amid allegations of overcrowding on the world's highest peak.

The deaths caused massive outrage, with mountaineering experts criticising the government of Nepal for giving permits to anyone ready to pay $11,000, letting rookie climbers risk their lives and those of others on the slopes.