360-Degree View Of Justin Bieber's Gig In Mumbai, 'Will Be Back' Said The Star Singer

"No matter who you are, how old you are, where you're from, you have a purpose." said the star singer. 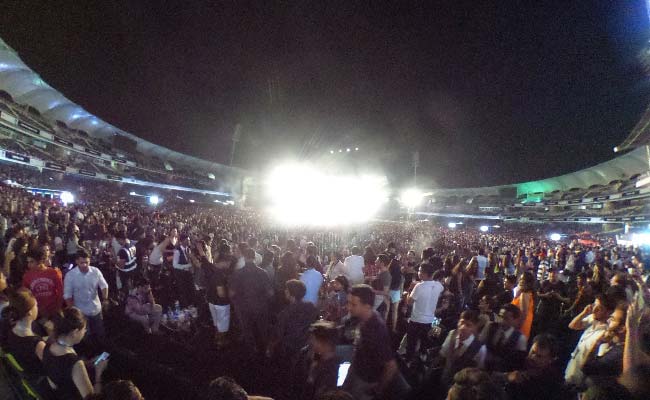 Justin Bieber's performance was jazzed up with 600 moving lights, and a stunning display of firecrackers.

Mumbai: International pop sensation Justin Bieber enthralled a Mumbai stadium at his concert on Wednesday packed with ecstatic 'Beliebers' including many people from film fraternity and the la-di-da from across India. Crowd of over 40,000 people at Navi Mumbai's DY Patil Stadium erupted in cheers as Justin Bieber arrived to belt out some of his all-time hits and his new track, "Purpose". Almost taking cue from the title from his famous number, Mr Bieber, 23, said: "No matter who you are, how old you are, where you're from, you have a purpose."

Dressed in a casual white t-shirt and black shorts, the Canadian singer was supported by backup dancers throughout his performance.

Keen preparations were made before he arrived in the tinsel town a day before his gig. 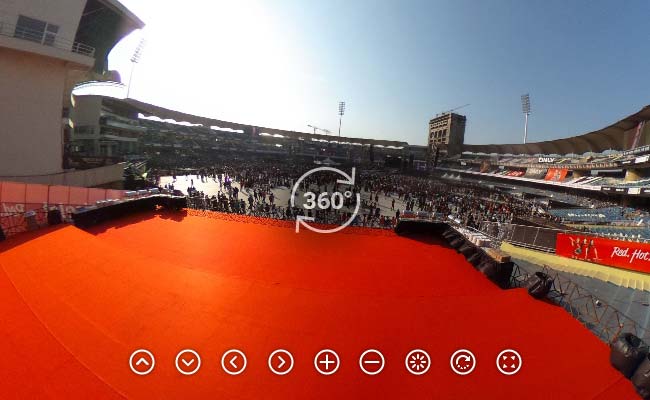 Move this photo around to see the stage set up ahead of his performance.
People from across the country arrived in the financial capital to listen to Mr Bieber live. 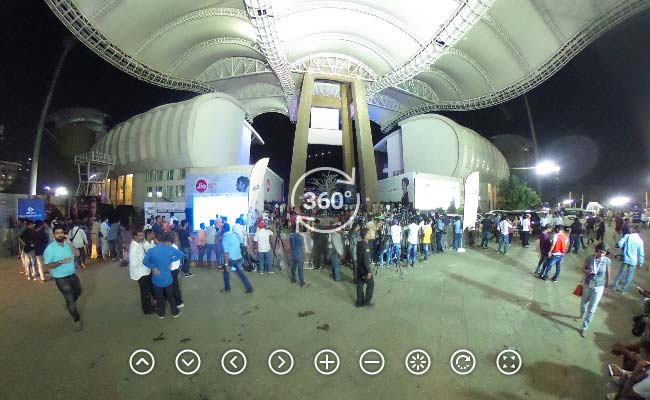 Move this photo around to see how his cheery fans made their way inside the venue.
In the stadium his fans welcomed him by putting their hands in the air, while some were seen overcome by emotions as he sang his famous songs "Cold water", "Love yourself", "I will show you how".

Promoted
Listen to the latest songs, only on JioSaavn.com
Well, they certainly were shown every bit of How! The enthusiastic crowd swayed and matched steps with their star. 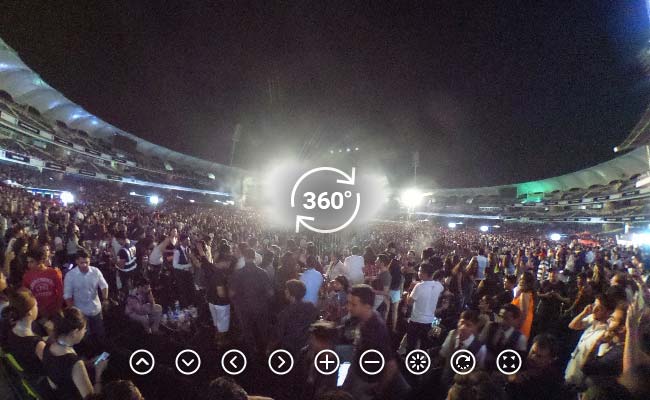 Move this photo around to see the huge turnout at the concert.
One of the many highlights of the performance remained the young artist's interaction with four Indian kids. They joined him and danced on his hit 'Children'.

Bidding adieu to his Bielibers, Justin Bieber roared: "I'll be back. Thank you all for coming and taking out time."