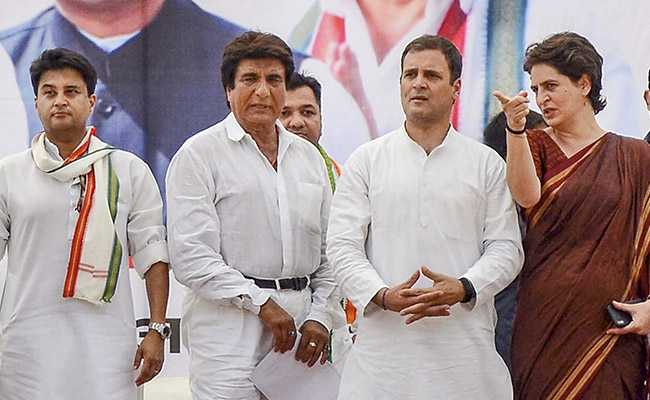 As many as 36 office-bearers of Uttar Pradesh Congress Committee resigned from their posts on Saturday continuing the spate of resignations in the party following its Lok Sabha election debacle.

"As you (Rahul) are adamant on your resignation, there is no point in my continuing in the post. I resign as party leader in Legislative Council and as state general secretary," Deepak Singh said in a statement issued here.

"I request you to withdraw your resignation otherwise we will be forced to take a bigger step," he added.

After Congress president Rahul Gandhi announced his decision to quit in the wake of the party's dismal performance in Lok Sabha polls, many leaders of state units have followed suit.

Mr Gandhi has reiterated that there is no going back on his decision, despite requests by leaders from his party and outside to continue in the post.

Earlier, state unit chief Raj Babbar had quit after the party could win only Rae Bareli seat in Uttar Pradesh and even lost it traditional stronghold of Amethi.

Party MP Vivek Tankha quit as the chairman of the party's legal and human rights cell on Thursday and urged others to do the same to give a free hand to Rahul Gandhi to restructure the party at all levels.