NSA Doval, 77, is a top category 'Z plus' protectee under the central VIP security list and the cover is provided by a special armed unit of the CISF, called SSG. 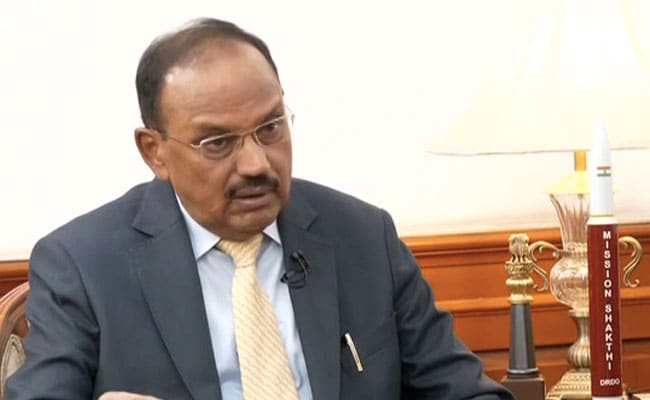 Three CISF commandos have been dismissed from service and two senior officers of its VIP security unit shunted following an inquiry into a security breach at the residence of National Security Advisor (NSA) Ajit Doval in Delhi earlier this year, officials said on Wednesday.

NSA Doval, 77, is a top category 'Z plus' protectee under the central VIP security list and the cover is provided by a special armed unit of the CISF, called SSG.

Apart from securing the NSA when he travels to any part of the country, the commandos of the paramilitary force guard his government accommodation.

The punitive action has been taken after a court of inquiry conducted by the Central Industrial Security Force (CISF) into the February 16 incident held the five officials guilty on various counts and recommended action against them.

The officials said while three commandos of the Special Security Group (SSG) have been dismissed from service, Kaushik Ganguly, the Deputy Inspector General (DIG) heading this VVIP security unit, and his second-in-command, senior commandant-rank officer Navdeep Singh Heera, have been shunted.

Replacement officers for the two have recently been posted at the SSG, they said.

The CISF or government sources did not specify the exact grounds on which the five were held guilty.

The incident that set off alarm bells took place around 7:30 am on February 16 when a man from Bengaluru attempted to drive a red-colour SUV into the high-security house of Mr Doval in central Delhi.

The three commandos, who have been dismissed, were present at the NSA's residence that day as part of the security detail.

The man was intercepted outside the residence and was handed over to the Delhi Police. The police had then claimed that the man was not mentally stable.