3 Killed, Over 4 Lakh People Stranded In Assam Due To Floods 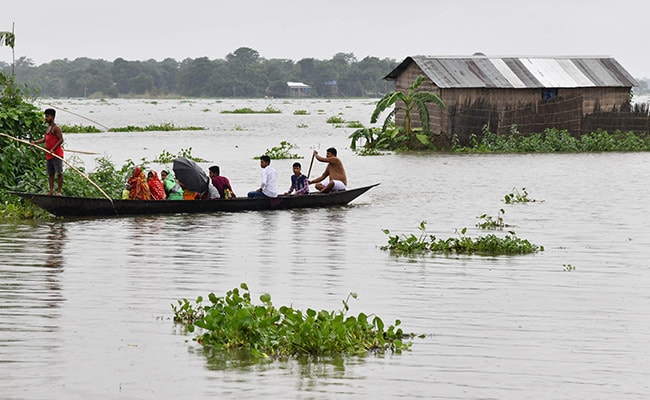 More than 250 villages have been inundated in the last 24 hours, an official said. (AFP PHOTO)

Floods from monsoon rains in Assam have killed three people and marooned more than 400,000, officials said on Thursday.

"A total of three people including two in flood related incidents and one in landslide have been killed in Assam so far," an Assam State Disaster Management Authority (ASDMA) official said.

More than 250 villages have been inundated in the last 24 hours, with 16,370 hectares of paddy fields submerged, the senior official said.

The annual monsoon, which barrels up the subcontinent at this time of year, last week caused traffic misery in Mumbai as roads, railways and the airport runway were flooded.

In Bangladesh, aid groups were providing rations to Rohingya refugees in the south-east of the country with a "severe" weather warning in place for the coming days, the UN World Food Programme said Wednesday.

Officials there said on Sunday that landslides triggered by monsoon rains had killed one person and left more than 4,500 homeless in the vast refugee camps home to around a million people.