3 Decades After Bofors, Indian Army Gets First Artillery Guns From US

The Army has massive plans to upgrade its artillery formations, and is in the process of acquiring five different types of artillery guns under a 22,000 crore rupee modernisation plan.

New Delhi: For the first time in three decades, the Indian Army today received two new artillery guns systems. The M-777 ultra-light howitzers which arrived in India today are part of 145-gun order sealed in a government-to-government deal with the United States for 700 million dollars.

The Army has massive plans to upgrade its artillery formations, and is in the process of acquiring five types of artillery guns under a 22,000 crore modernisation plan. The air portable guns that arrived today will be used to shore up defences in high-altitude areas against China. The 155 mm, 39-calibre gun will have a maximum range of 30 km.

In all, the military will import 25 M-777s directly from BAE systems, the manufacturer of the guns. The rest will be assembled in India in collaboration with Mahindra Defence Systems.

The last artillery guns that India bought were the controversial Swedish Bofors guns in the mid-1980s. But the US $1.4 billion deal was mired in controversy after reports that the Swedish company had paid US$ 9.9 million (Rs 64 crore) in kickbacks to top Indian politicians. It cost then Prime Minister Rajiv Gandhi a chance to return to power in the next election; it also slowed down defence procurement considerably.

In recent times, there have been efforts to fast-track the acquisition of modern artillery guns for the army.

Earlier this month, the Indian company Larsen & Toubro bagged its biggest defence order to supply another key system to the Army. L&T, which has partnered with the South Korean company Hanwha Tech Win (HTW) will be assembling 100 units of 155mm, 52 calibre K9 Vajra-T self-propelled howitzers.

The gun being built in India has been modified to suit Indian conditions including desert operations. L&T won the 4500 crore order after beating three other competitors in a series of user trials and evaluations.

Significantly, some of the most advanced artillery guns being acquired by the Army are the designed and made in India. One is the Advanced Towed Artillery Gun System (ATAGS) showcased for the first time during this year's Republic Day parade. Designed by the Defence Research and Development Organisation (DRDO) and the Ordinance Factory Board (OFB), the ATAGS is a 155 mm, 52-calibre gun which is towed by a truck.

The gun system has successfully cleared engineering trials and will be assembled in collaboration with the Kalyani Group and Tata Power. It features an all electric drive to ensure reliability and minimum maintenance and can strike targets 40 kilometres away. 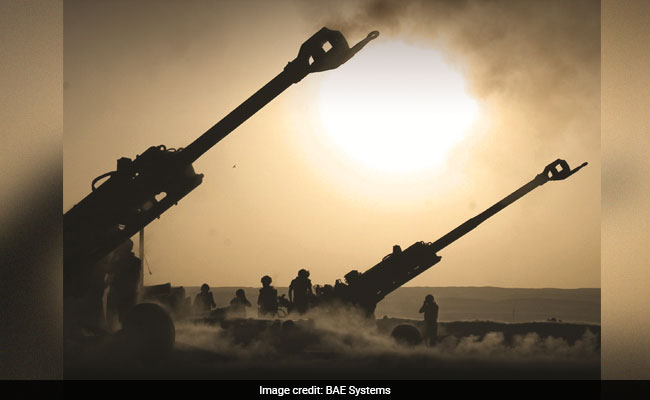 The Indian Army is in the process of acquiring five different types of artillery guns under a Rs 22,000 crore modernisation plan.

Back in the eighties, India had received the blueprints of the Bofors gun but manufacture of the weapon system never began given the controversy surrounding the deal. The Bofors gun has proven to be outstanding in service with the Indian Army and played a decisive role during the 1999 Kargil conflict.

Promoted
Listen to the latest songs, only on JioSaavn.com
Ironically, a modernised and significantly improved variant of the Bofors FHB02 gun is finally being built by the Ordinance factory Board after the old designs were belatedly pulled out, dusted and put to manufacture.

The Indian-made gun called the Dhanush has cleared trials with the Indian Army and has proved its ability to strike targets 38 km away as opposed to the original Bofors gun which has a range of approximately 27 kilometres. The Army plans to acquire 414 Dhanush guns with each gun reportedly costing 14 crores.