PM Modi is scheduled to unveil the statue of Tripura's last ruler Birbikram Kishore Manikya Bahadur at the airport, address a public rally at Swami Vivekananda Maidan and also inaugurate a few other projects 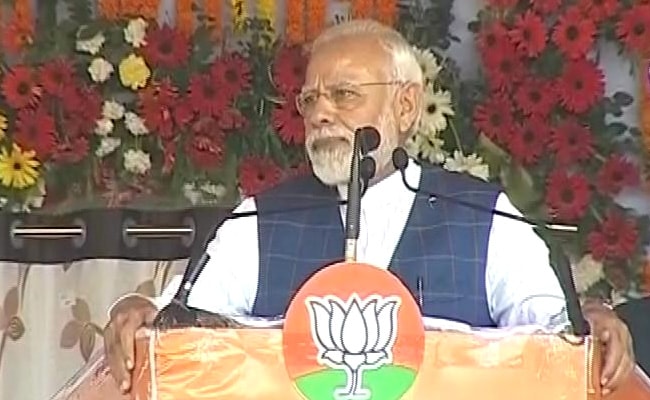 Three lawmakers of the opposition CPI-M in Tripura will boycott the programme of Prime Minister Narendra Modi tomorrow to protest and express solidarity with the movement against the Citizenship Amendment Bill 2016.

In a signed joint press statement issued by Lok Sabha MPs Jitendra Chowdhury, Shankar Prasad Datta and Rajya Sabha MP Jharna Das Baidya said, "We the three MPs of Tripura have taken a conscious decision to boycott the functions at Agartala to be attended by the Hon'ble Prime Minister Shri Narendra Modi tomorrow on 9th February, 2019.

Tripura has three MPs. PM Modi is scheduled to unveil the statue of Tripura's last ruler Birbikram Kishore Manikya Bahadur at the airport, address a public rally at Swami Vivekananda Maidan, inaugurate a new block of Indian Institute of Information technology (IIIT) at the premises of Tripura Institute of Technology (TIT) and a 23-km-long railway track between Garjee in Gomati district and Belonia in South Tripura, BJP sources said.

If the Citizenship Amendment Bill is enacted in Parliament, it would grossly harm the cause of the North East region in the long run and harm the secular fabric of the country. "The Bill is against the spirit of our Constitution," the statement said.

The Bill has already been passed in the Lok Sabha. We appeal before the Hon'ble Prime Minister and his Government to immediately withdraw the Bill from the Rajya Sabha, honoring the genuine sentiments and anguish of the people of this country in general and the North East in particular," it added.

The BJP-IPFT government now in power in the state had assumed office on March 9, 2018, by ending the 25-year-long rule of the Left Front in Tripura.