Personnel for the SPG are drawn from various Central Armed Police Forces on deputation and it is a highly trained unit equipped with most modern weapons. 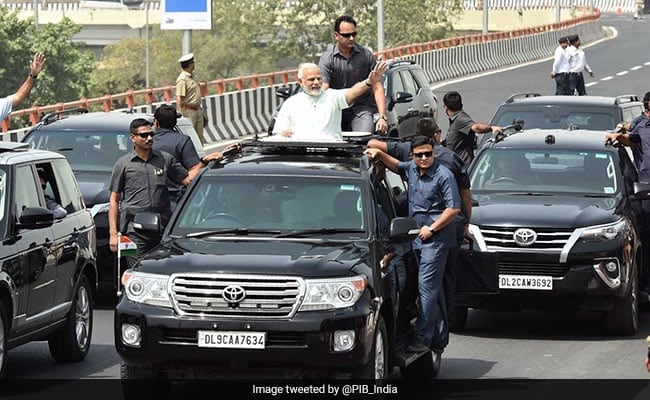 Personnel for the SPG are drawn from various Central Armed Police Forces (CAPFs) on deputation and it is a highly trained unit equipped with some of the most modern weapons, gadgets and vehicles.

The government on Monday confirmed that the SPG protection given to former prime minister Manmohan Singh has been withdrawn but he will continue to enjoy "Z-Plus" security cover by one of the CAPFs.

SPG officers are ingrained in high leadership qualities, professionalism, knowledge of proximate security and inculcate the culture of leading from the front, according to the SPG's website.

"The SPG has strived to achieve this by adopting innovative methods not only in its own working, but also in the overall security arrangements in collaboration with the Intelligence Bureau and state/UT police forces."

"It is because of the high leadership qualities, professionalism and knowledge of its officers that the SPG ensures fail proof and zero-error security for its protectees," it said.

The elite force has a very unique set of security protocols and every time its protectees are expected to travel, multiple small teams are formed to ensure that a VVIP is safe against all kinds of security threats.

The agency has an advance security liaison protocol in which officials visit a venue in advance and sanitise the place about 24 hours before the arrival of the VVIP.

"The SPG has the first right amongst all security agencies when it comes to ensuring protection to the VVIP. It is their common protocol to take over a venue about 24 hours in advance and they are empowered to direct any changes or modifications at the venue be it a political rally or a ceremonial event," a former SPG officer said.

Apart from other essential teams, including snipers, spotters and bomb disposal experts, the SPG is known to provide proximate security to VVIPs and move with them like their shadow.

The agency, another official said, follows a special "blue book" to undertake its special drills which are clandestine till they are executed.

The training of SPG personnel is a continuous process and it includes training in physical efficiency, marksmanship, anti-sabotage checks, communication and other operative aspects, connected with close protection drills, the official said.

As per the SPG Act, state governments and UT administrations are bound to provide all kinds of cooperation the force whenever there is a need.

The SPG has a fleet of modern vehicles, most of them are armoured or bullet-proof. These include armoured BMW 7 series sedans, armoured Range Rovers, SUVs of BMW, Toyota and Tata make.

It also uses Indian Air Force (IAF) aircraft, including helicopters, for transporting its personnel, equipment and vehicles for service of the dignitary whenever he or she travels within the country as well as abroad, the official said.

The agency was raised in 1985 after the assassination of prime minister Indira Gandhi. Parliament passed the SPG Act in 1988, dedicating the group to protecting the prime minister.

Later, the Act was amended for providing security to former prime ministers and their immediate family members.