The probe began about a month later when the company brought in Ashok Kumar Malhotra, a retired senior official from India's federal enforcement agency, to investigate. 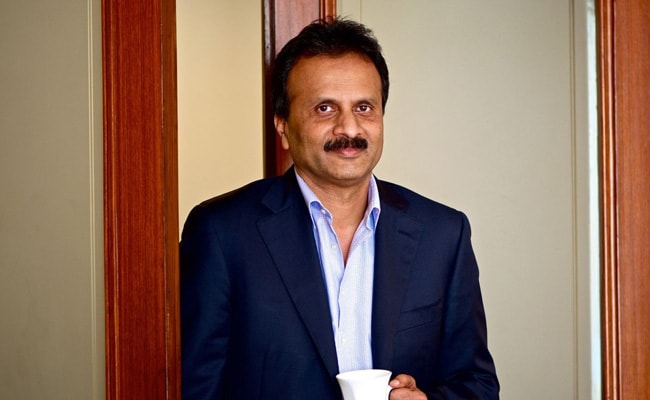 After the death of Siddhartha, the company faced a severe liquidity crunch and had zero cash in the bank.

An investigation into Coffee Day Enterprises Ltd., initiated by its board after the death of founder V.G. Siddhartha, is likely to conclude that at least 20 billion rupees ($270 million) is missing from its accounts, according to people familiar with the matter.

The months-long probe following the suicide of Siddhartha in July examined the financial transactions of India's largest coffee chain and its dealings with dozens of private companies owned by the entrepreneur. The draft report, running more than a hundred pages, points to billions of rupees that have gone missing, said the people, asking not to be named because the details aren't public. It also details hundreds of transactions between the founder's listed and personal businesses that were not conducted at arm's length, they said.

Though the report is in its final stages, the precise details could change before its release, expected as early as this week, the people said. The missing funds could total more than 25 billion rupees, one person said.

"The investigation report is still a work in progress, and not finalized," a spokesman for the company said. "The board of directors and the company are unaware of its content at this point of time. Hence it would be premature to speculate on the investigation findings."

The priority for management and Siddhartha's family "is to keep the business running in a challenging environment and meet all stakeholder commitments, including 30,000 jobs associated with the group," the spokesman added.

The disappearance of the 59-year-old founder last year stunned India's business community. He had last been seen telling his driver he was going for an evening walk along a bridge in southern India; his body was found by local fishermen two days later. A letter delivered to Coffee Day's board and employees, which appeared to be signed by Siddhartha, described massive debts and complained of pressure from lenders and tax authorities. It claimed he bore sole responsibility for the company's financial transactions.

The probe began about a month later when the company brought in Ashok Kumar Malhotra, a retired senior official from India's federal enforcement agency, to investigate. A senior lawyer practicing in India's top court is assisting, the company said in a regulatory filing at the time.

The publicly traded Coffee Day was supposed to be India's answer to Starbucks Corp. More than 1,500 of its Cafe Coffee Day outlets blanketed cities and highways, with affordable options for the country's aspiring middle classes. The chain's tagline: "A lot can happen over coffee."

But the empire has been battered since the founder's death. Its shares plummeted about 90% and its market value dropped to about $80 million. Trading was suspended in February.

India's regulators are tracking the situation and may use the company's final report as part of a deeper dive into its internal affairs, the people said. Coffee Day showed about 24 billion rupees in cash and cash equivalents on its balance sheet as of March 2019, the most recent figures the company has issued.

After the death of Siddhartha however, the company faced a severe liquidity crunch and had "zero cash in the bank," according to one of the people. It struggled with day-to-day expenses and paying salaries has been a strain, the person said.

The draft report details personal guarantees by Siddhartha for loans taken by Coffee Day, and his unsecured loans at high interest rates from local money lenders, the people said. It also probes Coffee Day's defaults to coffee growers and other vendors, they said.

A related issue is that coffee estates owned by Siddhartha and several employees had been used as collateral for bank loans. The report found that valuations for properties were inflated to get the loans, one person said.

Investigators have examined several theories about what happened to the company's money, including whether Coffee Day was manipulating its finances to show cash and profit and whether Siddhartha was taking cash out of the listed company to pay off a large investor to whom he had guaranteed a return, the person said. From the filings of his listed and private companies, the entrepreneur's loans had totaled more than 100 billion rupees, and he had been squeezed by borrowing to repay interest on earlier loans, the person said.

In the letter purportedly from Siddhartha, the entrepreneur said he had tried his best but failed as an entrepreneur. "I am solely responsible for all mistakes," the letter read. "Every financial transaction is my responsibility. My team, auditors and senior management are totally unaware of all my transactions. The law should hold me and only me accountable, as I have withheld this information from everybody including my family."

As the report nears release, Coffee Day is finalizing a deal with Blackstone Group Inc. for real estate assets. A large tranche of the payment is due in about a week, one person said.

Coffee Day said it is working to reduce its debt load by divesting non-core enterprises.

"The aim is to save employment and preserve this iconic Indian brand," the spokesman said.