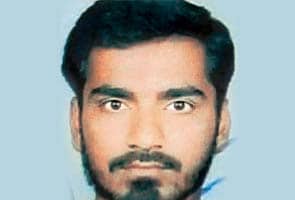 Mumbai: A local court has transferred the case of the LeT operative Sayed Zabiuddin Ansari alias Abu Jundal to a sessions court, paving the way for the beginning of a trial against him in the 26/11 terror attacks case.

The sessions court will now assign the case to a judge to conduct the trial while the state government will decide on the place where the trial is to be conducted.

The case was transferred to sessions court last week by local magistrate's court.

According to police, Jundal, a resident of Beed district in Maharashtra, was present in the makeshift control room in Pakistan and gave instructions to ten Pakistani terrorists, including recently executed Ajmal Kasab, involved in the 26/11 attacks in which 166 people were killed.

The Crime Branch had filed a 14,676-page chargesheet in city's Esplanade court against Jundal mentioning in detail the role of Pakistan's ISI and LeT operatives before, during and after the attacks.

According to crime branch, Jundal had revealed that LeT training camps enjoyed full support from local and Federal police and paramilitary organisations in Pakistan.

Promoted
Listen to the latest songs, only on JioSaavn.com
The charge sheet also contains the confessional statement the 30-year-old LeT operative made before a magistrate, besides the details of his confrontation with Ajmal Kasab.