25,000 Home Guards May Lose Jobs As UP Police Refuses To Assign Duty

The Home Guard is a voluntary force that acts as an auxiliary to the state police. There are about 1 lakh Home Guards across Uttar Pradesh 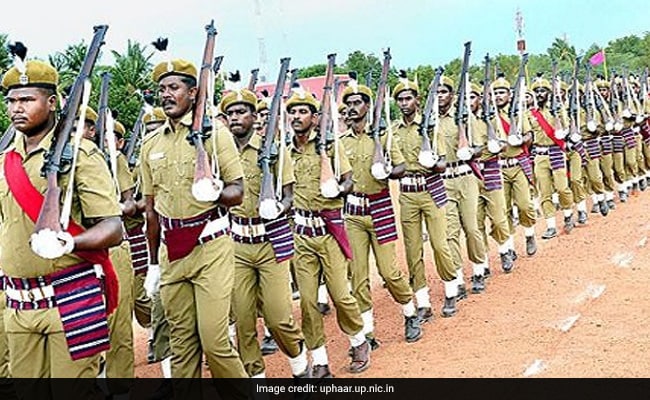 UP police said 25,000 Home Guards will not be assigned duty.

Ahead of Diwali, around 25,000 Home Guards - volunteers paid daily wages -- posted across Uttar Pradesh have found themselves out of work. In an order dated October 11, the state police said their duties end with immediate effect. The reason, sources said, is a funds crunch that is the fallout of a hike in the wages of the Home Guards.

The state government has recently revised the wages from Rs 500 a day to Rs 672 a day. This hike is being offset by reducing the number of Home Guards currently deployed across Uttar Pradesh, sources said.

The Home Guard is a voluntary force that acts as an auxiliary to the state police. There are about 1 lakh Home Guards across the state. They are assigned duties and paid daily wages. Many of these home guards are posted at traffic intersections, VIP duty. Crowd management at rallies and functions.

The order -- issued by the UP police headquarters in Prayagraj -- said the 25,000 Home Guards were recruited in April against vacancies in the regular police force. The decision to end their services was taken at a meeting in August, which was chaired by the state Chief Secretary.

The announcement of the state police comes as the economic growth has dipped to a five-year low, and there is a jobs crunch across the country.

Earlier this year, an unreleased report of the periodic labour force survey of the National Sample Survey Office also indicated that employment figures are at a 45-year low, standing at 6.1 per cent in 2017-18, the Business Standard newspaper reported. It had stated that the rate of joblessness was this high in 1972-73. In 2011-12, the figure was 2.2 per cent, it said.

In January, a study based on payroll data of retirement fund body EPFO, PFRDA and Employees' State Insurance Corporation (ESIC) indicated that more than 18 million jobs were generated by India's formal sector in a 15-month period starting September 2017.