The names of council of ministers have been finalised by Rajasthan Congress leaders including Ashok Gehlot and Sachin Pilot after rounds of discussions with Rahul Gandhi and other senior leaders, sources said. 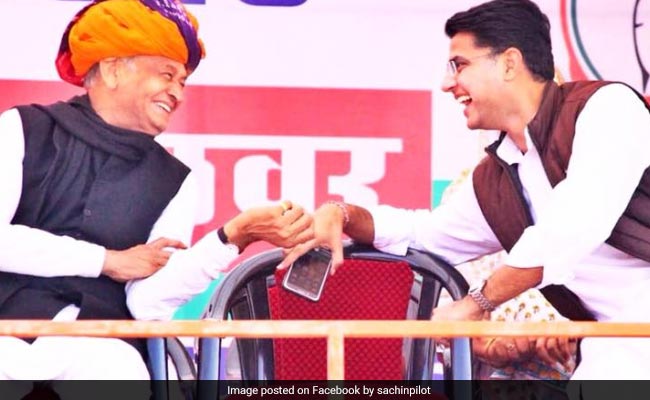 As many as 23 newly elected legislators-- 22 of the Congress and one from the Rashtriya Lok Dal-- are expected to take oath as ministers in the Rajasthan cabinet formation today.

The names of council of ministers have been finalised by Rajasthan Congress leaders including Mr Gehlot and Mr Pilot after rounds of discussions with Rahul Gandhi and other senior leaders, sources said.

The swearing in ceremony is expected to be held in Jaipur at 11.30 am, they said.

Congress general secretary in-charge of Rajasthan, Avinash Pandey, and Congress observer for the state on government formation, KC Venugopal, besides AICC secretaries for Rajasthan were also involved in the deliberations to decide on the ministers, the sources said.

Rahul Gandhi intends to focus on having a cabinet with a majority being fresh faces, sources said, adding the cabinet will be a blend of the old and new. The cabinet will reportedly give an opportunity to those who have not held ministerial portfolios in the past.

They said over a dozen of them will be seen in tomorrow's cabinet expansion.

Meanwhile, Mr Gehlot has so far initiated a few transfers of officials with the likelihood of a thorough reshuffle of bureaucrats after the cabinet formation.

Rajasthan can have a total of 30 ministers including the chief minister. The CM Gehlot-led cabinet will have a few vacancies left which will be filled later.