The 21-year-old man hanged himself and left a suicide note saying he was unemployed. 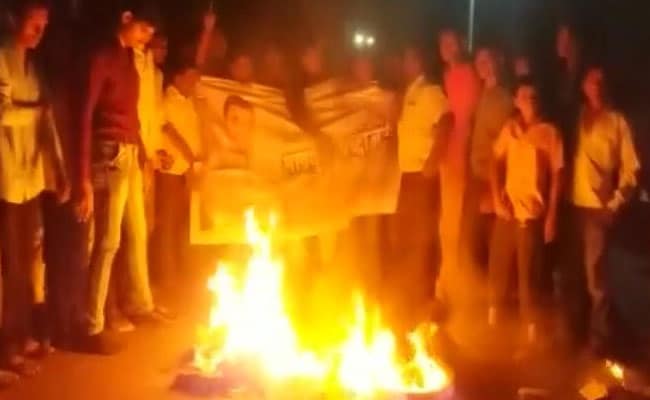 Protesters blocked roads in Aurangabad in Maharashtra after the 21-year-old man committed suicide.

A 21-year-old unemployed man, belonging to the Maratha community, allegedly committed suicide by hanging himself in Aurangabad on Thursday, the police said. After a photograph of his suicide note was widely shared on social media, hundreds of people protested in the town. Some protesters also tried blocking roads and resorted to stone-throwing, police said.

As Maratha organisations are protesting for reservation in jobs and education for the community, at least six cases of suicide, by young Maratha men were reported in the last two weeks.

The man, identified as Umesh Atmaram Indait, hanged himself at his house in Aurangabad's Choudhary Colony in Chikalthana area, a senior police official said.

The purported suicide note by the man said he was unemployed. "I did not fulfil the dreams of my parents. I am still jobless even though after completing my B.Sc because I belong to the Maratha community," it said.

"He took part in various protests regarding Maratha reservation. He was unhappy that being a Maratha he didn't get a job while others got employed despite having come marks than him," said Surendra Mattharthe, a police inspector in Aurangabad.

Maharashtra Chief Minister Devendra Fadnavis on Thursday said that his government will provide reservation to Marathas in accordance with law. After holding a meeting with state leaders, Mr Fadnavis said: "A joint statement has been signed to give reservation to Marathas lawfully. State Government stands in absolute support for Maratha Reservation and we are following a requisite process to do it at the earliest."

The local group Maratha Kranti Morcha, had also called last month's Mumbai strike. They bent on implementing a statewide strike and clashed with the police in various areas of the state.

The Mumbai-Pune Expressway was among the important roads that were blocked and three protesters committed suicide.

According to the police, in all the cases till now, the victims have purportedly mentioned that they were ending their life for the cause of the quota, or because they were frustrated due to lack of job and education opportunities.