On July 25, Maratha protesters bent on implementing a statewide strike had clashed with the police in various pockets of the state. 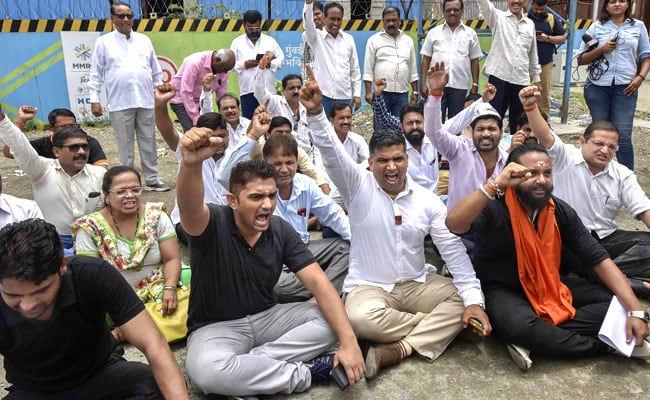 The Maratha protesters demanding reservation in jobs and education have started a week-long "Jail Bharo Andolan" under which they will court arrest. Over the last weeks, there have been five suicides. The local group Maratha Kranti Morcha, which had called last month's Mumbai strike, is organising the "Jail Bharo Andolan". Today's protest -- for which the government has taken stringent security measures -- took place at Mumbai's Azad Maidan.

On July 25, Maratha protesters bent on implementing a statewide strike had clashed with the police in various pockets of the state. Arterial roads, including the Mumbai-Pune expressway, were blocked and three protesters committed suicide.

The parties, moreover, have been vying for credit for meeting the demands of the Marathas, who form a chunk of the state's population.

Besides quota, the major demands of the protesters include dropping of all cases against Maratha protesters, action against officers responsible for firing and lathi charge during the July 25 protest, resignation or sacking of ministers and lawmakers who gave irresponsible statements against Maratha community.

Security has also been strengthened in areas like Navi Mumbai, where violence broke out during the strike. Police sources said so far, the situation there is normal. Tight patrolling is on at pockets like Koparkhairane and Kalamboli, where protesters had clashed with the police, said local police officer Ramdas Palve.