General Officer-Commanding-in-Chief, northern command, Lt Gen YK Joshi said there has been a reduction in terrorist-related incidents and stone pelting activities in Jammu and Kashmir. 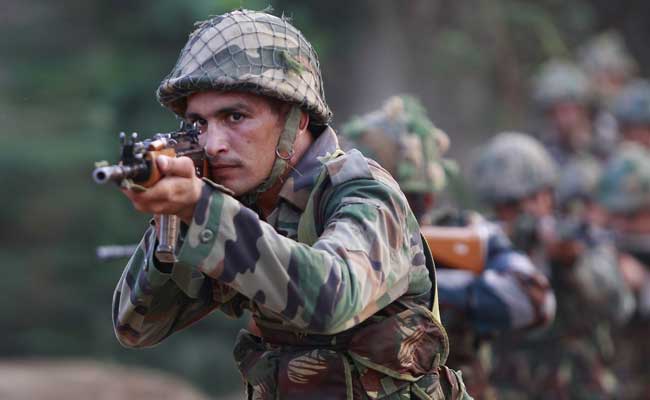 The army commander praised all ranks of the northern command (Representational)

A top army officer on Saturday called 2021 a “watershed year” for the armed forces on Line of Control (LoC) in Jammu and Kashmir and Line of Actual Control (LAC) in Ladakh.

He said the troops displayed boldness in standing up to the “aggressive designs” in the two Union Territories.

General Officer-Commanding-in-Chief, northern command, Lt Gen YK Joshi said there has been a reduction in terrorist-related incidents and stone pelting activities in Jammu and Kashmir.

“There has been a reduction in terrorist related incidents, stone pelting activities and protests as a result of tireless efforts of the security forces and the people of J&K,” Mr Joshi said, addressing the northern command investiture ceremony at its headquarters here in J&K.

Earlier in the ceremony, he presented GOC-in-C's appreciation to 40 units and GOC-in-C's ‘Certificates of Appreciation' to 26 units for their overall 'outstanding' and 'distinguished' performance in the command theatre.

The GOC-in-C's Appreciation were given for performance of units in Operation Meghdoot, Operation Rakshak, Operation Northern Borders, and other operations in the command.

The GOC-in-C's Certificates of Appreciation were given for performance of units in Operation Snow Leopard, which was launched after China refused to move back and restore status quo ante in eastern Ladakh.

“The ceremony was a solemn occasion to appreciate and recognise the professionalism in operational roles performed by the units during their tenure in northern Command,” a defence spokesman said.

The army commander praised all ranks of the northern command for their dedication and devotion to duty in the highest traditions of the Indian Army.

He also conveyed his heartfelt gratitude to the brave men who laid down their lives in internal security challenges.