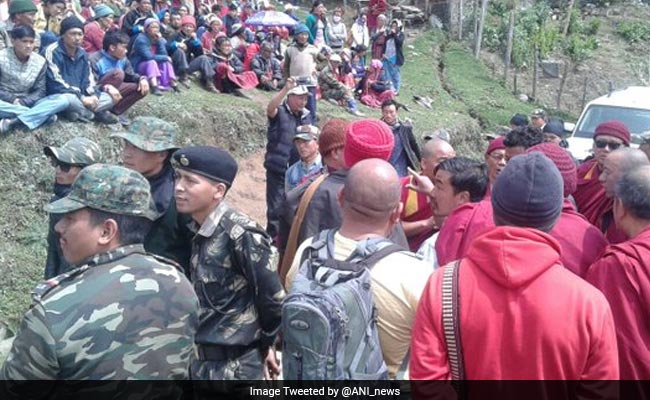 The police opened fire when the activists tried to force their way into the police station, demanding release of Lama Lobsang Gyatso.

At least two persons were killed and eight others injured today when policemen opened fire on anti-dam activists trying to barge into a police station demanding release of a monk at Tawang district of Arunachal Pradesh, officials said.

The police opened fire when the activists tried to force their way into the police station, demanding release of Lama Lobsang Gyatso, a monk who headed a group opposed to hydro power projects in the border district, IGP Nabin Payeng said.

"The Army has staged a flag march at Tawang town to bring the situation under control while prohibitory orders under Section 144 CrPC have been clamped in the district," Mr Payeng said.

Unofficial sources, however, claimed that three persons, including a woman, were killed in the firing. The dead have been identified as Tenpa and Nima Wangdi.

Lama Lobsang was arrested on April 28 on a complaint that he had defamed the Abbot of the Tawang Monastery Guru Tulku Rinpoche, the spiritual head of Mon region, by questioning his nationality in an audio clip.

Mr Lobsang in the clip said that the Abbot of the Monastery should not indulge in hydro power politics of Tawang if he was not concerned about the welfare of the area. 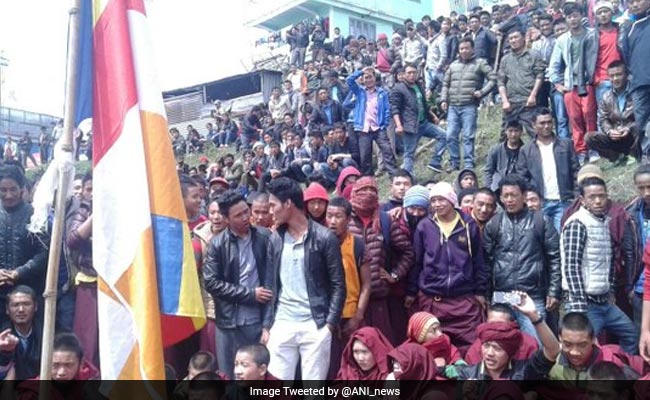 Unofficial sources, however, claimed that three persons, including a woman, were killed in the firing.

An official communique in Itanagar said that Minister of State for Home Kiren Rijiju discussed the situation with the DC and the district SP, besides with Chief Minister Kalikho Pul.

The minister suggested constituting a high level peace committee comprising representatives from all sections of society to initiate a dialogue in an effort to restore normalcy in the district.

The chief minister, who is in New Delhi, assured that the government would take all steps to ensure that the grievances of the public were addressed.