2 Indians Among 126 Peacekeepers to be Awarded Prestigious UN Medal 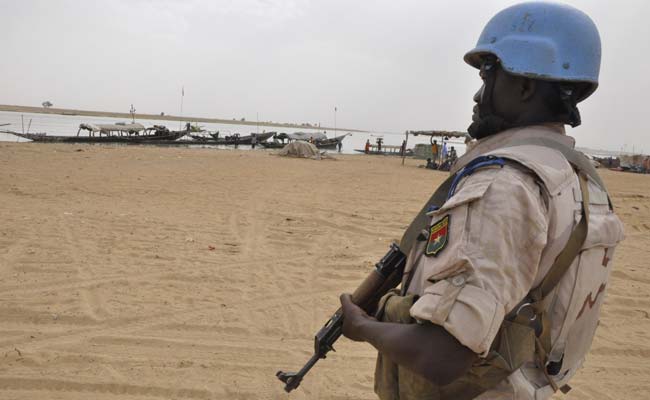 United Nations: Two Indian peacekeepers are among the 126 military, police and civilian personnel who will be posthumously awarded a prestigious UN medal next week for their courage and sacrifice while serving in the world body's peacekeeping operations last year.

Lance Naik Nand Ram, who served with the UN Organization Stabilization Mission in the Democratic Republic of the Congo (MONUSCO) and Raju Joseph, who had served in a civilian capacity with the UN Mission in South Sudan (UNMISS), will be awarded the Dag Hammarskjold Medal on the International Day of United Nations Peacekeepers observed annually on May 29.

The commemoration next week of the international peacekeepers' day will mark the seventh successive year in which the UN will honour more than 100 "blue helmets" who lost their lives the previous year while serving the cause of peace, the UN said in a statement.

The 126 military, police and civilian personnel lost their lives in 2014 while serving with the UN as a result of hostile acts, accidents and disease and will receive the medal during a ceremony at the world body's headquarters in New York.

So far, India has contributed nearly 180,000 troops to UN peacekeeping missions, including the 103-strong Indian female police unit in the UN mission in Liberia.

This year's International Day of UN Peacekeepers falls during the significant 70th anniversary of the United Nations, offering a chance to honour the Blue Helmets' invaluable contribution to the proud history of the organisation and to reaffirm its commitment to make them even more effective in the years ahead, the statement said.

The theme for the day this year is 'UN at 70: Peacekeeping: Past, Present, and Future'.  In his message on the occasion, Secretary-General Ban Ki-moon called for better funding and training for peacekeepers, who have to carry out complex mandates in hostile environments. He stressed that developed countries should increase their contribution to UN peacekeeping troops.

"Through years of struggle and sacrifice, the iconic Blue Helmet has earned its place as a symbol of hope to millions of people living in war-ravaged lands," he said in the message.

At the same time, demands far out-pace resources. We need better funding, training and equipment. Our troops and police must carry out ever more complex mandates while being held to the highest standards of conduct. We need developed countries to resume their historically influential role as contributors of troops," Mr Ban said.

"And we need stronger political support from the Member States that are responsible for authorising, financing and contributing troops and police to the missions," he said.

Under-Secretary-General for Field Support Atul Khare said the international community has high expectations from UN civilian and military peacekeepers and "we must ensure they are provided with all the support they need to undertake their important tasks."

"We must continue to work together to enable operations in remote and dangerous environments, at the same time, prioritising the safety and security of our personnel, strengthen our collaboration and partnerships with troop and police contributing countries, improve the quality of service delivery and make the most of our limited resources," Mr Khare said.

Paying tribute to the "courageous" men and women, Under-Secretary-General for Peacekeeping Operations Herve Ladsous said the world body is currently witnessing its largest deployment in the history of UN Peacekeeping.

"This is a testament of the international community's faith in Peacekeeping as a fundamental tool in helping to bring peace and security," he said.

The 2015 commemorative ceremonies will be held at a time when the demand for United Nations peacekeepers is at an all-time high.

There are now more than 125,000 UN peacekeepers, including 91,000 military personnel, 13,000 police officers as well as 17,000 international civilian and national staff serving in 16 operations on four continents.

The International Day of UN Peacekeepers was established by the General Assembly in 2002, as a tribute to all men and women serving in peacekeeping operations for their high level of professionalism, dedication and courage, and to honour the memory of those who have lost their lives in the cause of peace.

The General Assembly had designated May 29 as the commemoration day because it was the date in 1948 when the United Nations Truce Supervision Organization (UNTSO), the world body's first peacekeeping mission, began operations in Palestine. Commemorative activities will be held at United Nations Headquarters in New York and at peacekeeping operations and offices around the world.

Promoted
Listen to the latest songs, only on JioSaavn.com
The Dag Hammarskjold Medal was established in December 2000 and is awarded posthumously to members of peacekeeping operations who lost their lives during service with a peacekeeping operation under the operational control and authority of the United Nations.

Hammarskjold, a Swedish diplomat, died in a mysterious 1961 plane crash. He was posthumously awarded a Nobel Peace Prize the year he died.