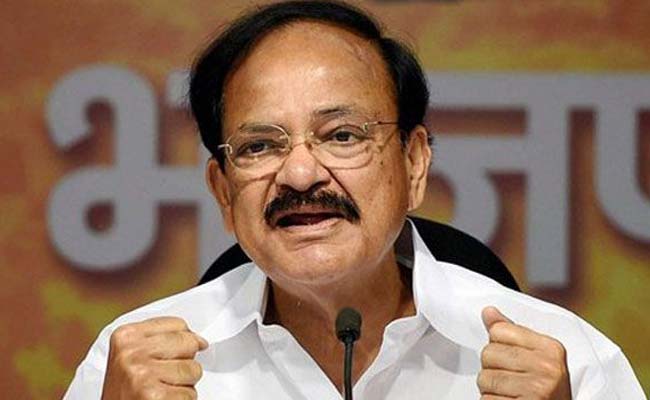 As on April 25, 2016, a total of 2,508 cities of 26 states have been identified as selected for Pradhan Mantri Awas Yojana-Housing for all (Urban) Mission," Urban Development Minister M Venkaiah Naidu said. (File Photo)

New Delhi: As many as 2,508 cities in 26 states have been selected under 'Pradhan Mantri Awas Yojana' for providing affordable houses to the urban poor, the Lok Sabha was informed today.

As on April 25, 2016, a total of 2,508 cities of 26 states have been identified as selected for Pradhan Mantri Awas Yojana-Housing for all (Urban) Mission," Urban Development Minister M Venkaiah Naidu said during Question Hour.

He said as per the scheme guidelines, the houses under the PMAY (U) mission should be designed and constructed to meet the requirement of structural safety against earthquakes, flood, cyclone, landslide etc. conforming to the National Building Code and other relevant Bureau of Indian Standards Codes.

The mission also includes a technology sub-mission to facilitate state technologies for adoption of layout designs and building plans suitable for various geo-climatic zones and to deploy disaster resistant and environment friendly technologies.

The scheme comes with an aim of constructing more than two crore houses across the nation within a span of seven years. The scheme, which was started in 2015, would conclude in 2022.

The target beneficiaries of the scheme would be poor and people living under EWS and LIG categories in urban establishments of the country.

Replying another question, Mr Naidu said it is the primary responsibility of the state governments to provide shelter for the urban homeless people.

In order to complement and supplement the efforts of the state and UTs, the Ministry of Housing and Urban Poverty Alleviation is implementing a scheme namely 'Shelter for Urban Homeless' as a component of Deendayal Antyodaya Yojana - National Urban Livelihoods Mission for providing permanent shelters with basic facilities to urban homeless.