194 Crocodiles Relocated From Lake Near Gujarat's Statue Of Unity

Statue Of Unity: The Panchmuli lake, situated near the 182-metre tall statue of Sardar Vallabhbhai Patel in Kevadia, a major tourist attraction, had a large number of crocodiles that posed a threat to visitors. 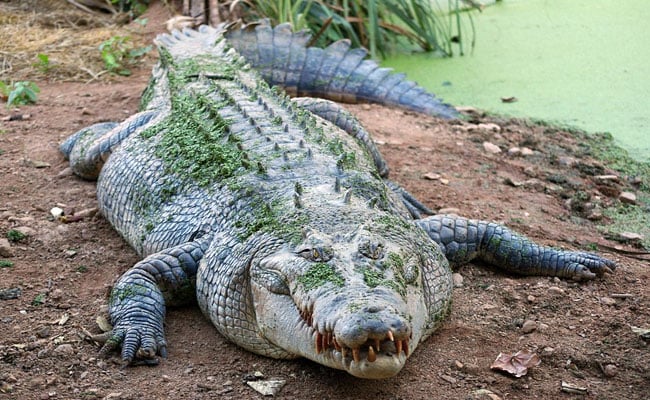 Crocodiles were relocated from lake near ''Statue of Unity'' in Gujarat. (Representational)

As many as 194 crocodiles have been relocated from a lake near the ''Statue of Unity'' in Gujarat's Narmada district in the last two years for the safety of tourists who come to enjoy boat rides there, officials said on Sunday.

The Panchmuli lake, situated near the 182-metre tall statue of Sardar Vallabhbhai Patel in Kevadia, a major tourist attraction, had a large number of crocodiles that posed a threat to visitors, they said.

"In 2019-20 (October-March), we relocated 143 crocodiles. In 2020-21, another 51 crocodiles were shifted to two rescue centres in Gandhinagar and Godhra," Kevadia Range Forest Officer Vikramsinh Gabhania, told PTI.

There are still many crocodiles in the lake, he said.

The Panchmuli lake, also known as ''Dyke-3'' of the Sardar Sarovar Dam, was developed for tourists visiting the Statue of Unity. Hence, the authorities decided to relocate crocodiles from the water body to prevent any harm to tourists, the official said.

In 2019-20, 73 rescued crocodiles were released in the the Sardar Sarovar reservoir. The animals rescued later from the lake were shifted to the rescue centres at Godhra in Panchmahal district, and Gandhinagar, he said.

"Some 60 cages are placed around the lake to trap the crocodiles. The part of the lake where sea planes (flying between Ahmedabad and Kevadia) land is completely safe," he said.

In 2019, the Gujarat State Forest Development Corporation Ltd (GSFDC) started the boat ride in Dyke-3 (Panchmuli lake), which is rich in flora and fauna and surrounded by lush green forests, as part of the eco-tourism activity in the region surrounding the Statue of Unity, according to the state tourism department.

A spokesperson of the Statue of Unity authority said the boat ride is a major tourist attraction in the area and witnesses a heavy rush of visitors, especially on weekends.

The Statue of Unity, located near the Narmada river basin, was inaugurated by Prime Minister Narendra Modi on October 31, 2018. lder, spokesperson for Khulna's main coronavirus hospital.