An FIR in the matter has been filed and five teams have been formed to arrest the accused, the police said. 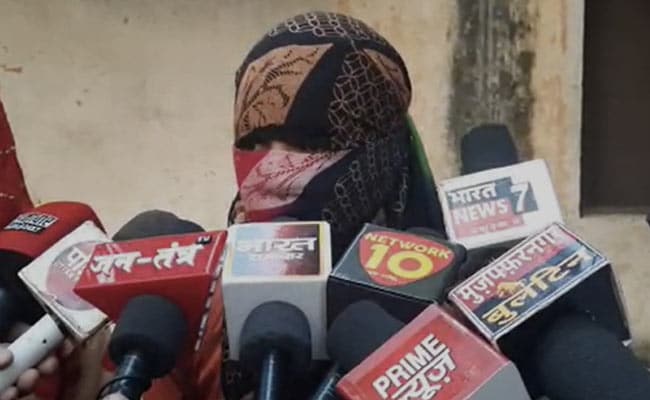 Out of 29 students in class, only girls were called for "practical exams", said a complainant

Seventeen Class 10 girls from Uttar Pradesh's Muzaffarnagar district have alleged that they were drugged and molested by their school principal and his associate after being asked to stay the night to prepare for "practical exams", which were to be held in another school in the same area, the next day. The incident is from November 18, according to the Uttar Pradesh police.

An FIR in the matter has been filed and five teams have been formed to arrest the accused, the police added.

"We have suspended the station house officer of the police station for negligence on duty. An FIR has been filed and the accused charged under section 328 (outraging the modesty of a woman), 358 (causing hurt by poison), 506 (criminal intimidation) and relevant sections of the POCSO Act," said Muzaffarnagar police chief Abhishek Yadav.

Parents have alleged that their complaint was filed only after the local MLA, Pramod Utwal, intervened.

"Principal Yogesh got the 16-17 girls to come over on the pretext of practical exams...The girls were made to write a copy, thereafter they were asked to stay the night. They were told there will be more practicals the next day. The girls then made khichdi, which the principal said was undercooked. He then made it himself and fed the girls. The girls lost consciousness after eating khichdi. And then they were molested," said a complainant.

"The issue is one of practicals. The children were given sedatives. There are 29 students in the class, but only girls were called," said another complainant, adding that strict action should be taken against the school for running illegal classes as it lacked permission.

Asked if the board had announced dates for practical exams, one of the girls said they were not aware but were made to write a copy.

When asked which practical exam it was, she said "Hindi practical".

"Chedkhani hui by principal sir (We were molested by the principal sir). There were 17 of us. We made khichdi, the principal said it was undercooked. They called us saying there were practical exams," said one of the girls who was molested.

"Practical ke liye bulaya tha (We were called for practical exams)," said another.

The girl said that first they made the khichdi thereafter the principal made it and after consuming it they were unconscious.

The girls also alleged that pressure was being put on them to not speak about the incident.