The baby was admitted to Surat's New Civil Hospital after he suffered a fall while playing. He was declared brain dead, after which a local NGO counselled his parents to donate his organs, the release said. 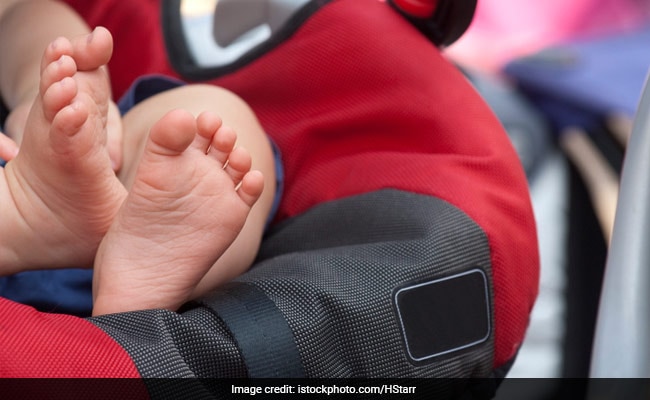 Mumbai: In an exemplary gesture, the parents of a brain dead 14-month-old boy from Surat donated his organs, including his heart, giving a new lease of life to a three-and-a-half year old girl in Mumbai.

This makes the baby the youngest donor in western India, according to a release issued by the Mumbai-based Fortis Hospital.

The baby was admitted to Surat's New Civil Hospital after he suffered a fall while playing. He was declared brain dead, after which a local NGO counselled his parents to donate his organs, the release said.

Following the consent of the parents, the baby's kidneys were retrieved and transported to the Institute of Kidney Diseases and Research Centre in Ahmedabad.

His heart was retrieved and transported yesterday to Fortis Hospital in suburban Mulund via a green corridor, through a commercial flight covering 331.7 kms in 1.25 hrs, the release said.

The heart was then transplanted into the three-and-a-half year old girl, a resident of Kalamboli in Navi Mumbai, who was suffering from dilated cardiomyopathy (a condition in which the heart's ability to pump blood is decreased) and was wait-listed since August 2016, it said.

In another case, a 45-year-old woman from Karjat in Maharashtra's Raigad district was yesterday declared brain dead at the JJ Hospital in Mumbai, after she fell unconscious due to shortage of blood supply to her brain.

Her husband then decided to donate her vital organs, making it Mumbai's 39th cadaveric donation this year, the release said.

The woman's heart was transported from JJ Hospital to Fortis Hospital by road, via a green corridor enabled by Mumbai's traffic and police authorities, covering a distance of 31 kms in 23 minutes, it said.

The heart was transplanted into a 38-year-old woman from Navi Mumbai who was diagnosed with dilated cardiomyopathy in June 2016 and was put on the wait list in March this year.

"Our team of medical experts, medical social workers and nursing units have enabled the two landmark transplants within a tiny time frame," said Fortis Hospital's Dr Anvay Mulay, who conducted both the transplants.

"We would not have been able to reach this far without the consent of the families of donors, who have forever changed the lives of the recipients and their families," said Mulay, who is the head of cardiac transplant team at Fortis.

Promoted
Listen to the latest songs, only on JioSaavn.com
"We salute the brave parents of the 14-month-old boy from Surat and the husband of the 45-year-old old woman from Karjat, for consenting to donate; their kin lives on in the form of the recipients," the hospital's zonal director Dr S Narayani said.

"There has been a considerable rise in the number of cadaveric donations this year. We hope to keep progressing on that front to help more such patients of end-stage organ failure," Dr Narayani said.
Comments
Organ Donation IndiaYoungest Organ DonorSurat Baby Organ Donor