The government of Uttarakhand has also constituted a committee to review the glacial natural lakes and their effects, Nityanand Rai said. 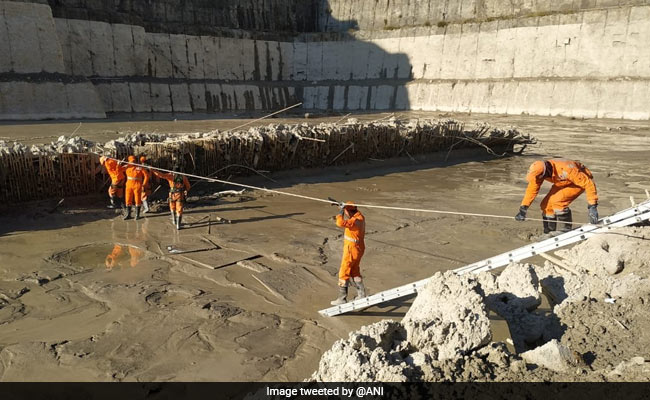 As many as 130 people continue to be missing following the February 7 glacial burst in Uttarakhand, which claimed 74 lives, the Lok Sabha was informed on Tuesday.

Union Minister of State for Home Nityanand Rai said the National Disaster Management Authority (NDMA) has constituted a joint study team of experts from different institutes and organisations of central and state governments to understand the causes of the flash floods in river Rishiganga and Dhauliganga, and to suggest mitigation and preparedness measures to prevent such events.

He said the government of Uttarakhand has also constituted a committee to review the glacial natural lakes and their effects.

"As per information received from the state government of Uttarakhand, 74 bodies have been recovered so far and 130 persons are still reported missing. The state government has announced a compensation of Rs 4 lakh each for the families of those who have lost their lives due to the incident," Mr Rai said in a written reply.