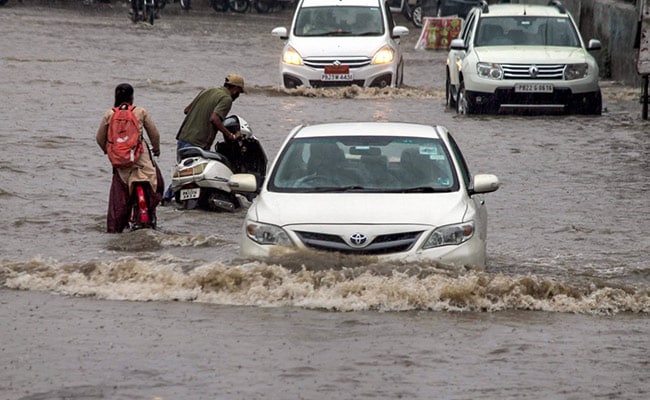 Rainfall: 9 low-pressure systems, including two cyclones, affected the country during the period. (File)

The meteorological department said the causes of disastrous weather episodes included the late withdrawal of the monsoon, a higher-than-normal number of low-pressure systems during the period and the interaction of active western disturbances with low-pressure systems in October.

Nine low-pressure systems, including two cyclones, one deep depression and six lows, affected the country during the period.

Unprecedented extremely heavy rain in Uttarakhand on October 18 and 19 claimed 79 lives. The Himalayan state received 203.2 mm rainfall against the normal of 35.3 mm in October.

Heavy to extremely heavy rain during October 17-19 due to interaction of a low-pressure area and an intense western disturbance caused flash floods and landslides in Uttarakhand and riverine flooding in west Uttar Pradesh.

The southwest monsoon withdrew from the entire country on October 25 against the normal date of October 15, making it the seventh-most delayed retreat since 1975.

The country received "normal" rainfall during the four-month southwest monsoon season from June to September -- 87 cm against the Long Period Average (LPA) of 88 cm of 1961-2010 (99 per cent of its LPA).

This is the third consecutive year that the country recorded rainfall in the normal or above-normal category. Rainfall was above normal in 2019 and 2020.

Uddhav Thackeray Must Introspect Before Lecturing On Hindutva: BJP Leader