Sitaram Adivasi, the MLA from Vijaypur in Sheopur district, said authorities at the hospital told them here was no specialist doctor available at that time to help in the surgery. 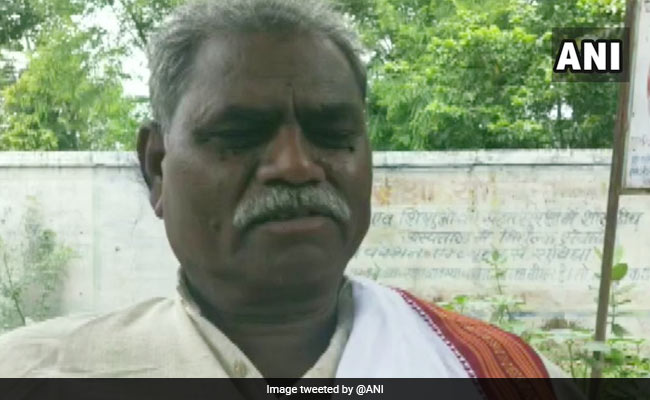 The doctor, who was supposed to supervise her delivery did not reach the hospital: Sitaram Adivasi

A tribal BJP MLA in Madhya Pradesh on Wednesday alleged his pregnant daughter was made to "wait" for around 12 hours at the district hospital in Sheopur, where she was admitted for delivery on Monday.

Sitaram Adivasi, the MLA from Vijaypur in Sheopur district, said authorities at the hospital told them that a cesarean operation was required to be performed on her daughter, but there was no specialist doctor available at that time to help in the surgery.

Talking to reporters, Mr Adivasi said his daughter, Dhodibai, 26, gave birth to a baby girl in a private hospital in Shivpuri, around 119km from Sheopur, through normal delivery on Tuesday.

"My pregnant daughter was admitted to the district hospital on Monday at around 10.30 am. But the doctors kept the family members waiting for 12 hours before they decided to shift her to a private hospital," Mr Adivasi said.

According to him, even the sonography of his daughter was conducted only on the recommendation of the chief medical and health officer.

"The doctors at the district hospital refused a normal delivery saying amount of fluid inside the uterus was inadequate," he said.

The doctors later referred his daughter to Shivpuri, saying they did not a have a specialist doctor to administer anaesthesia. The doctor, who was supposed to supervise her delivery, also did not reach the hospital, the legislator said.

"The doctor did not reach the hospital. The ambulance, which was supposed to take my daughter to Shivpuri, did not turn up even after a wait for two-and-a-half hours. After that we decided to take her to a private hospital around 10.30 pm," the BJP MLA, who lives in a hut, said.

The MLA added the doctors at the private hospital said the fluid was stuck in the child's respiratory tract due to delay in the delivery.

The newborn is now being treated at a Special Newborn Care Unit (SNCU) of the hospital in Shivpuri.

The civil surgeon at Sheopur district hospital, Dr RB Goyal, said a cesarean delivery was needed to be performed on the MLA's daughter due to inadequate fluid in the uterus.

"The MLA's daughter was examined by a gynaecologist. The doctor, who had to perform the cesarean, had gone for a health department's camp," Dr Goyal said.

According to him, the hospital referred her to Shivpuri for a safe delivery and the MLA also agreed to it.

"However, the family members refused to go when the ambulance reached the hospital two hours later. The hospital staff tried to stop them, but they forcibly took the woman to a private hospital," Dr Goyal claimed.