In Video, IndiGo Employee Orders Man To Touch Her Feet For Misbehaving

In a statement, IndiGo said the men were handed over to the police because they had misbehaved with the female ground staff. 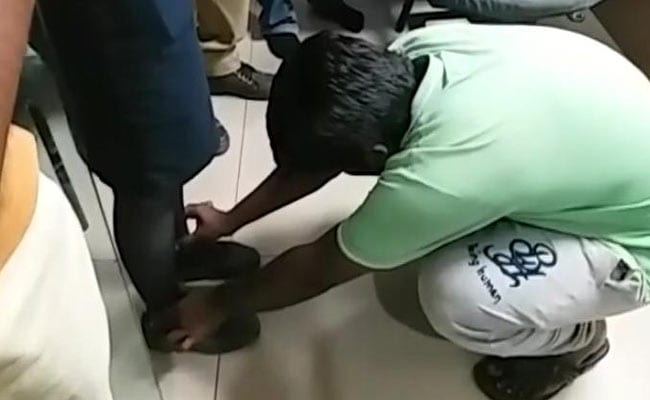 Hyderabad Airport: The man is heard on the video offereing to touch the air hostess' feet.

Hyderabad: A man is ordered by an IndiGo airlines employee to touch her feet for allegedly misbehaving with her at the Hyderabad airport in a video that has gone viral. The man was drunk, the airline has alleged.

Weeks ago, IndiGo was forced to clarify after its employees were caught on camera assaulting and dragging a passenger on the tarmac after stopping him from boarding a bus to the airport terminal over an argument.

The man and his friend had allegedly chased her when she was heading to the airport from the parking lot to report for the morning shift. She complained to the traffic policeman, who hauled up the two and led them to a police post at the airport. One of the men is heard pleading with the woman and offering to touch her feet if she spared him. 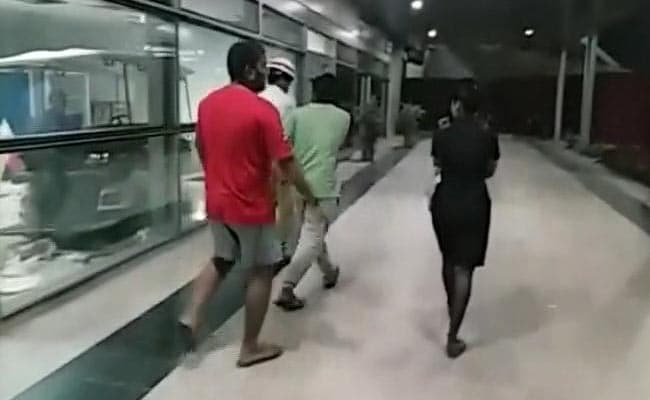 The man and his friend allegedly chased her when she was heading to the airport from the parking.

A police officer, Ramesh Naik, said the woman did not file any complaint when she learnt that they were students. But the two were charged anyway by the police with causing a nuisance and kept in custody for a few hours before they were let off.

In a statement, IndiGo said the men were handed over to the police because they had misbehaved with the female ground staff.

This is the third incident to hit India's most successful budget airline in the past few weeks.

Promoted
Listen to the latest songs, only on JioSaavn.com
In October, a passenger screamed "How dare you!" when he was restrained and manhandled by IndiGo employees at the Delhi airport. The video generated waves of outrage when it surfaced earlier this month, and was compared to United Airlines dragging a passenger off an overbooked flight in April.

A passenger fell off her wheelchair while being assisted by an IndiGo employee at the Lucknow airport last week. The airline apologised to the passenger in a statement.