The hospital superintendent is on leave; however the resident medical officer in-charge has confirmed the two trainees have been removed. 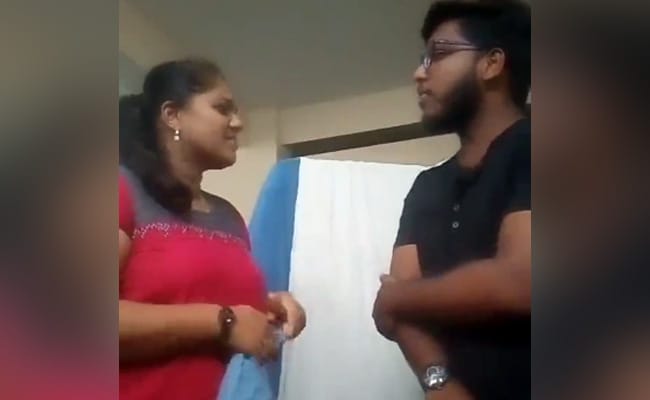 Two trainees of a government hospital in Hyderabad were removed after their TikTok videos, shot in the physiotherapy department, went viral on social media.

The trainees , Shyam Milton and Veena Kumari were trainee technicians in the physiotherapy department and recorded the videos when there were no patients around. They are studying at two different vocational colleges.

A total of four videos were shot in the Gandhi Hospital by the young man and woman. They were play acting to movie clips in the videos. The hospital superintendent is on leave; however the resident medical officer in-charge has confirmed the two trainees have been removed.

"Usually the trainees spend six months at the hospital but these two have been sent back after three months with a letter to their department head in college, as part of disciplinary action after the videos came to the notice of the hospital authorities,'' Dr Jayakrishna, Resident Medical Officer with Gandhi Hospital told NDTV.

Last week, a TikTok video of Telangana Home Minister Mahmood Ali's grandson had gone viral on social media in which he is seen sitting on a police vehicle. In the video, his "co-actor" play act to a film's audio that warns an "IG" (Inspector General of Police) to mind his actions so as not to displease the "boss" indicating the Mr Ali's grandson.

The home minister, to whom the state's police reports, reacted to the video saying his grandson "was just seated on the vehicle". The minister said they had gone to a function two days ago in Hyderabad's Yakatpura where a local made the video. "Some local guy made the video... we will look into it," the minister told PTI. That video has not yet seen a public apology or action taken.

In another incident, contract employees of Khammam Municipal Corporation were transferred, reportedly with a paycut, after TikTok videos of them in office had surfaced.

Two days ago, woman police officer from Gujarat was suspended after a video of her dancing inside a police station went viral on social media.

Hyderabad Official Sets Himself On Fire In Front Of Police Station