Cyberabad Police Commissioner VC Sajjanar said some people were spreading rumours over social media that the entire office where she works was shut. 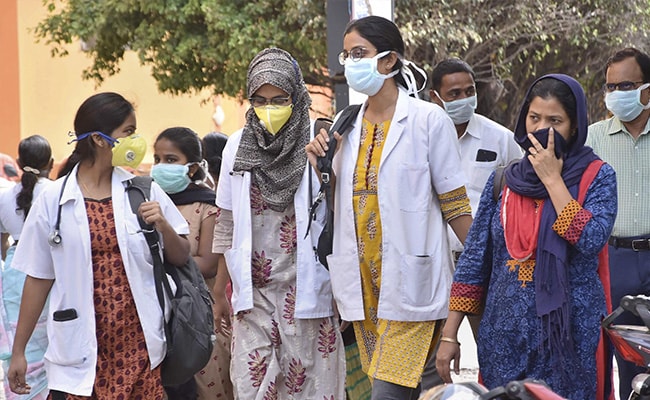 The samples of the coronavirus-suspected cases were sent to National Institute of Virology, Pune

The woman techie, who recently returned from Italy, is one of the two persons suspected to be coronavirus-positive. Director of Health G Srinivas Rao said their samples were sent to National Institute of Virology (NIV), Pune for further testing.

Telangana's Information Technology Secretary Jayesh Ranjan told reporters that her company has 350 employees but only 23 of them were employed in the section where she was working.

The techie's husband's company, which has 65 employees, also declared 'WFH' (work from home) while the her husband was advised self-isolation as a precautionary measure.

Jayesh Ranjan said that a couple of other companies also asked their employees to work from home. "This was not necessary as it creates unnecessary panic among people," he said. He asked the IT companies to consult the department, Cyberabad Police Commissioner or the Cyberabad Security Council before taking any such decision.

Cyberabad Police Commissioner VC Sajjanar said some people were spreading rumours over social media that the entire office where she works was shut. He said all companies would function as usual from Thursday.

Srinivas Rao urged the IT companies to avoid sending their employees abroad in view of the prevailing situation due to the spread of COVID-19.