Want To Keep Diabetes Away? 3 Cups Of Filtered Coffee Can Help

Coffee for diabetes: The study shows that the choice of preparation method influences the health effects of coffee. 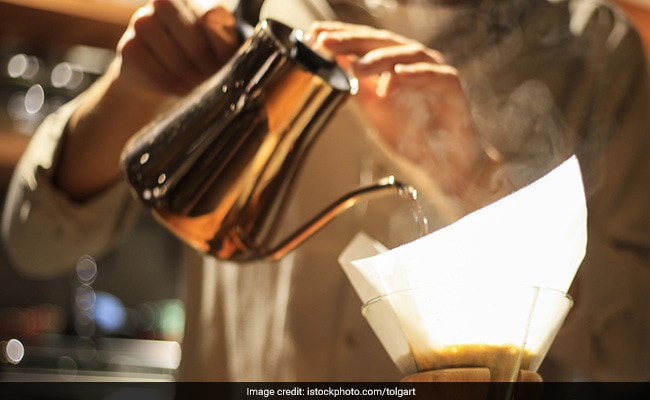 In a good news for coffee lovers, researchers have found that coffee can help reduce the risk of developing type 2 diabetes - but only filtered coffee, rather than boiled coffee.

The study, published in the Journal of Internal Medicine, shows that the choice of preparation method influences the health effects of coffee.

The findings from Chalmers University of Technology and Umea University in Sweden, offer new insight into this connection, using a novel method to help differentiate between the effects of filtered coffee and boiled coffee.

"We have identified specific molecules - 'biomarkers' - in the blood of those taking part in the study, which indicate the intake of different sorts of coffee. These biomarkers are then used for analysis when calculating type 2 diabetes risk," said study researcher Rikard Landberg, Professor at Umea University.

"Our results now clearly show that filtered coffee has a positive effect in terms of reducing the risk of developing type 2 diabetes. But boiled coffee does not have this effect," Landberg added.

Consumption of boiled coffee had no effect on the diabetes risk in the study.

To differentiate the diabetes risk for boiled and filtered coffee, a new technique called metabolomics was used, in combination with classic dietary questionnaires.

Metabolomics makes it possible to identify the blood concentration of specific molecules from a given food or drink and use that as an objective measurement of intake - instead of simply relying on self-reported intakes from the questionnaires, which are prone to large errors.

"Metabolomics is a fantastic tool, not just for capturing the intake of specific foods and drinks, but also for studying the effects that that intake has on people's metabolism. We can derive important information on the mechanisms behind how certain foods influence disease risk," said study lead author Lin Shi.

According to the researchers, many people wrongly believe that coffee has only negative effects on health.

This could be because previous studies have shown that boiled coffee increases the risk of heart and vascular diseases, due to the presence of diterpenes, a type of molecule found in boiled coffee.

"But it has been shown that when you filter coffee, the diterpenes are captured in the filter. As a result, you get the health benefits of the many other molecules present, such as different phenolic substances. In moderate amounts, caffeine also has positive health effects," Landber said.

Many other types of coffee preparation were not specifically investigated in the study, such as instant, espresso, cafetiere, and percolator coffee.

The study stresses that the health impacts of coffee do not depend solely on if it is filtered or not. They also vary with how the coffee beans, and the drink in general, are managed.

If diabetes has not been inherited or genetic, then its onset is largely because of a poor lifestyle. Following are some preventive tips to keep diabetes away:

1. Maintain a healthy weight as being overweight or obese has been linked to diabetes.

2. Cut down refined white sugar and sugary foods from your diet.

3. Stay away from aerated drinks.

4. Be regular at exercise and make sure you include strength training in your fitness routine.

6. Consume fewer carbs and stay away from refined carbs as they result in rapid increase in blood sugar levels.

7. Practice portion control at all times.

9. Junk food, processed and packaged food should be off the table if you want to reduce risk of diabetes.

10. Eat more fibre-rich foods as they can prevent sudden spike in blood sugar and insulin levels.

Lemon Water Helps With Weight Loss, But May Cause These Side Effects Too: Take Note Of Them, Says Luke Coutinho