Unhealthy foods such as those that are highly processed with artificial ingredients are often cheaper to make, store, ship and prepare. Therefore, such food have replaced more natural and healthy foods in food systems around the world. 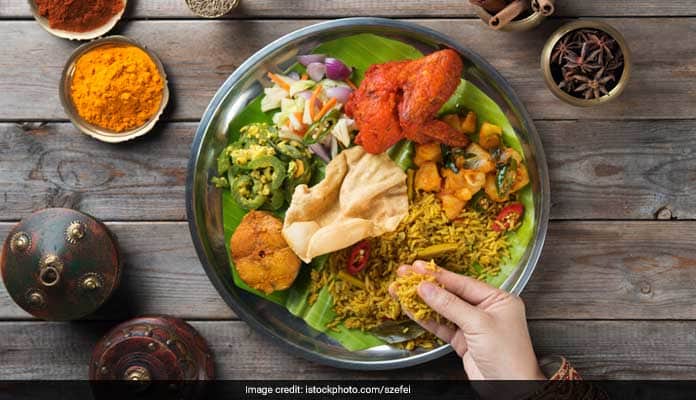 A balanced diet is important for a long, healthy life.

Too much salt - and not enough whole grains, fruits and vegetables - may be shaving years off our lives, a new analysis suggests.

In a study published Wednesday in the Lancet, researchers looked at people's eating habits across 195 countries to estimate how much poor diets contribute to mortality. Their findings? That 11 million people die each year around the world due, at least in part, to certain foods or lack thereof, according to the study.

Lead author Ashkan Afshin, an epidemiologist at the University of Washington, said the researchers estimated that overall, poor diets are responsible for more deaths around the world than any other risk factor, including cigarette smoking, known to be one of the greatest threats to public health.

Experts say it confirms what health professionals have been teaching for years - a balanced diet is important for a long, healthy life.

Afshin, an assistant professor in the University of Washington's Department of Health Metrics Sciences, said researchers evaluated survey data on dietary consumption, sales of food products and household expenditures over the past three decades to estimate the impact of a poor diet on death from noncommunicable diseases, such as heart disease.

The researchers estimated that in 2017, cardiovascular disease was the leading cause of diet-related deaths around the world, followed by certain cancers and diabetes.

"The results are based on limited data and assumptions, but conclusions are consistent with major reports from public health and medical authorities," said Marion Nestle, professor emeriti of nutrition, food studies and public health at New York University. Nestle noted that the researchers seem to be recommending a largely, but not exclusively, plant-based diet, "and that's what everybody is saying these days."

Afshin, lead author of the study, said countries where people eat a Mediterranean diet - high in heart-healthy fats and fiber - scored the best using the researchers' model, with Israel ranking No. 1 in terms of the least number of diet-related deaths. France and Spain ranked second and third, respectively, according to the research. Afshin defined the Mediterranean diet as one with a high intake of fruits, vegetables, nuts and healthy oils, such as olive oil.

The United States ranked No. 43.

Uzbekistan, a former Soviet republic where refined carbohydrates such as bread and pasta are staples, scored the worst, with a death rate of 891 per a population of 100,000.

Bruce Lee, associate professor of international health at Johns Hopkins Bloomberg School of Public Health and executive director of the Global Obesity Prevention Center, said the research provides further support that poor diets are associated with noncommunicable diseases, which have become a leading killer across the globe, but he noted that nutrition is not the only factor. Physical inactivity, as well as various environmental, economic and social factors, are major contributors, he said.

"Diet can contribute to noncommunicable disease (NCDs) via increased body weight and obesity, elevated blood pressure, hyperlipidemia or high levels of fat in the blood, and conditions that lead to high blood sugar levels," Lee said in an email. He added that one problem is that "unhealthy foods such as those that are highly processed with artificial ingredients are often cheaper to make, store, ship, and prepare. Therefore, such food have replaced more natural and healthy foods in food systems around the world."

But is a poor diet really responsible for more deaths than even cigarette smoking?

Nestle, with New York University, suggested that it makes sense that dietary risks are higher because everyone eats - but not everyone smokes. So, she said that "diet is a risk factor for everybody."

The researchers did not find a country that consistently performed well in all forms of diet. For instance, Israel, which scored the highest overall, ranked closer to the bottom when it came to intake of processed meats. But, Afshin said, the findings should urge people to try to eat better and policymakers to create and promote policies that aim to increase consumption of healthy foods.

Weight Loss: Can You Follow Keto Diet As A Vegetarian?