Have You Ever Tried Working Out With Your Eyes? Give It A Try

Too many chiropractors, osteopaths, yoga classes, trainers, acupuncturists and ibuprofen over 30 years of back pain: They had at best given me temporary relief - or sometimes more pain. 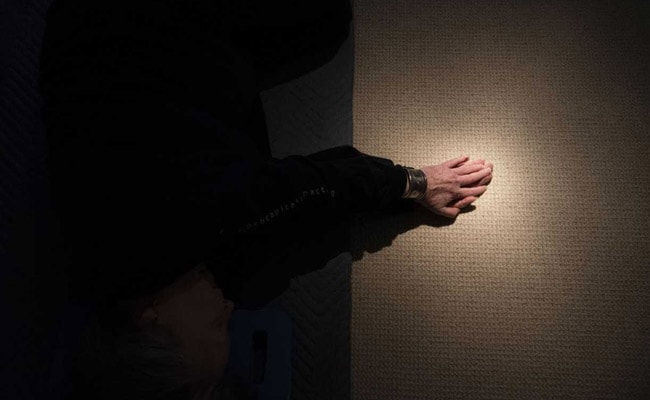 Working out with your eyes? Give it a try

In my first Feldenkrais class, we lay on our backs with eyes closed and drifted our eyeballs left to right and back again. We shifted our heads from side to side as our eyes followed in their sockets. Then we changed it up, moving our eyes in the opposite direction from our heads. This may sound like a simple sequence, but it's deceptively challenging. And it continued for an hour, with sitting variations, eyes alternately open and shut, a brain workout that included tracking our thumbs as our bent arms moved at eye level from left to right and back again.

These eye calisthenics were supposed to relieve my years of back pain.

"Yeah, right," I remember thinking that Sunday morning 18 months ago as I felt an odd exhaustion set in. Slow and subtle was harder than I thought. I fidgeted. My eyes grew tired. How was all this commotion under my lids supposed to stop my right hip from unnecessary rotation when I walked and unfreeze my left shoulder and neck? 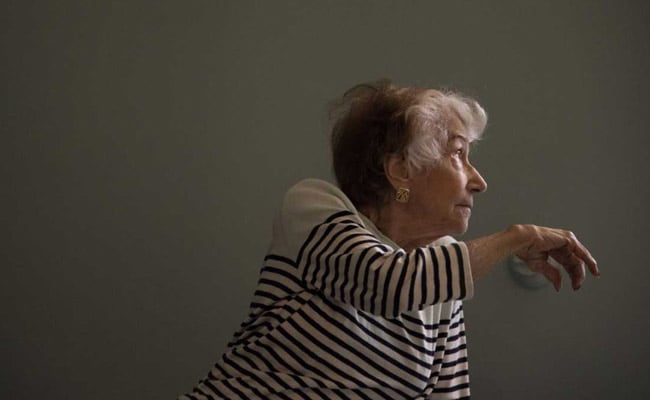 These eye calisthenics were supposed to relieve my years of back pain.
Photo Credit: iStock

I had tried the Feldenkrais Method under some duress. Although there aren't a lot of good studies, my friend Jon told me it had reduced his lower back pain from excruciating to manageable.

Too many chiropractors, osteopaths, yoga classes, trainers, acupuncturists and ibuprofen over 30 years of back pain: They had at best given me temporary relief - or sometimes more pain. Feldenkrais sounded too nuanced, with its slow and subtle movements that were supposed to retrain how I walked, sat or held myself as I typed a story on my computer.

I had convinced myself that my diagnosis - osteoarthritis in my neck, a mild scoliosis in my lower back and a genetic weakness inherited from my father, whose severely S-curved spine led to a life of pain - would not be cured by yet another approach.

Finally, after a particularly bad stretch and pressure from my husband, who was impatient with my constant complaints, I capitulated.

And at the end of that first class, I was surprised: I felt a little different - lighter. I could turn my neck a bit more to the left. My right hip moved more freely.

Yet this made no sense to me, as the class involved no hip stretching. All of those eye motions, with my lids open and shut, had somehow freed up my body.

And that, it turns out, was the point. Eye movements play a vital role in coordinating the body's musculature, particularly in how the neck muscles contract - one of Feldenkrais's many counterintuitive approaches to learning to move differently, teacher Chrish Kresge says. 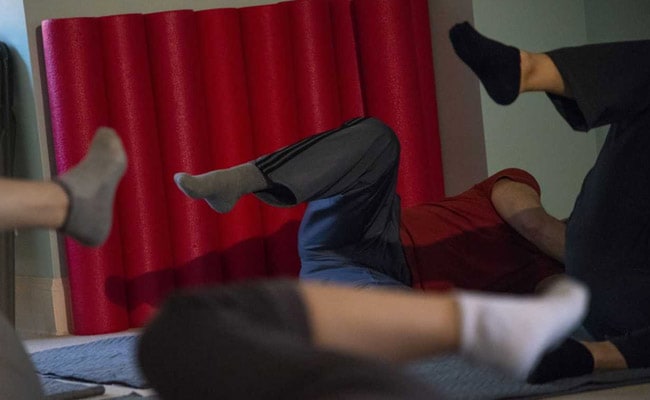 All of those eye motions, with my lids open and shut, had somehow freed up my body.
Photo Credit: iStock

Or as Moshé Feldenkrais (1904-1984), the Russian-born physicist, engineer and judo master who developed the technique to deal with his own pain from a debilitating knee injury, writes in his book, "Awareness Through Movement": "The eyes are not only for seeing."

Like shifting the shoulders, ankles, pelvis, spine and limbs in certain ways, exercising your eyes can improve the organization of the entire trunk, he writes, by moving in ways that are not habitual and make you aware of how other parts of your body respond.

Nearly 65 years after he began teaching it (post-World War II, in his adopted home of Israel), Feldenkrais' method is finally having its moment. There are now 1,300 certified teachers in the United States and about 14,000 in 22 other countries, including China, Australia, Russia and Germany, where the method is most popular, according to the Feldenkrais Guild of North America. (A major gathering of Feldenkrais practitioners, open to the public at the National 4-H Conference Center in Chevy Chase, Maryland, ends Sunday.)

Long before the idea of a mind-body connection became a popular health concept, Feldenkrais promoted his technique's potential to lead us away from bad physical habits that cause tension and pain and to restore the body's capacity for efficient, flexible, coordinated movement.

The brain, he maintained, can be retrained to reorganize the way we move our bodies, eliminating unnecessary and harmful patterns. For example, the Feldenkrais road map involves slow, sometimes tiny movements of the shoulders, neck, hips, legs and ribs. These movements help us perceive what feels good and what causes pain, and prod the brain into giving our bodies new feedback, leading to a better division of labor among our muscles.

The more than 1,000 lessons Feldenkrais created include such movements as getting up from a sitting position without putting too much pressure on your knees; sitting and then rotating the upper body so the rib cage softens (to improve your posture); and walking so you engage your pelvis instead of your lower back. But most involve lying on your back and moving the spine and other parts of the body in gentle sequences. 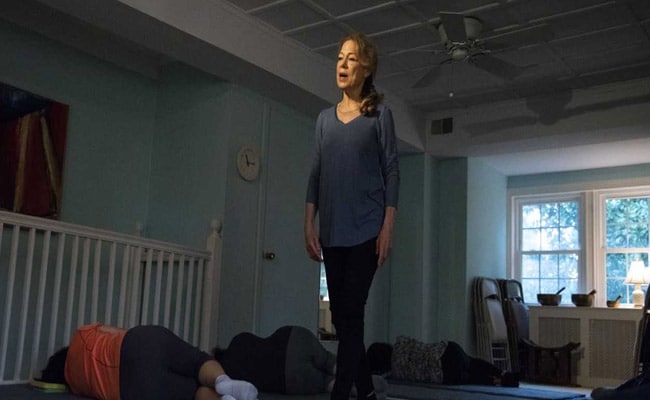 As with many "alternative" and mind-body therapies, not a lot of research assesses the effect of the Feldenkrais Method. A 2015 analysis in the Journal of Evidence-Based Complementary and Alternative Medicine found most studies of it were subpar, but it said the method showed "promising evidence" of improved balance and pain relief, particularly for the elderly. The journal suggested more research.

A 2004 review that looked at clinical trials involving patients with multiple sclerosis, neck/shoulder problems and chronic back pain found methodological weaknesses. The review concluded that "evidence for [Feldenkrais] is encouraging but, due to the paucity and low quality of studies, by no means compelling."

Doctors who specialize in alternative medicine say there is a reason Feldenkrais works for some people with pain.

"We've learned that there is a substantial connection between what's happening in the low back and the central nervous system," says Robert Saper, an associate professor of family medicine at Boston University School of Medicine and a National Institutes of Health researcher in nonpharmacologic approaches to chronic back pain. "When we do a practice like this, changes can occur in the brain that modulate the perception of pain in a favorable direction."

Feldenkrais has not eliminated my chronic neck and back discomfort, but it has helped me manage it. Its biggest benefit is a confidence that I can wriggle myself out of a setback on my own without counting the days until someone can crack my back to realign my vertebrae.

So every Sunday morning, I join 10 to 20 men and women of all ages on mats in Kresge's class, where she channels Feldenkrais with mantras such as "Slow gets the brain's attention" and "Don't rehearse pain" and "If you're sensing differences between your left side and your right, you're already making changes." She walks around the room with gentle touches that coax our necks or sternums or ribs to let go of the tension blocking them from moving freely.

Her Northwest Washington studio is filled at various times with Type A federal workers, diplomats, athletes and musicians, retirees, special-needs children and adults with neuromotor challenges, including Parkinson's, and stroke victims with motor issues. (The method has attracted some prominent adherents over the years, among them basketball player Julius Erving, tennis player Martina Navratilova, cellist Yo-Yo Ma and violinist Yehudi Menuhin.)

All of this minimal effort is harder than it seems - particularly for people like me who tend to thrive on stress, then collapse from it in a continuous loop.

Babies, it turns out, don't tighten their sternums or their backs, or hold their heads in front of their necks as stressed-out adults do. Feldenkrais tries to get us back to the conditions that babies experience when they learn to move. They haven't yet stretched or learned to strain. I've spent entire classes lying on the floor holding my big toe, gently lifting my head and my foot to rewire the primal movements that have gone askew.

My own body routines went haywire back in college, when an accumulation of all-nighters and long hours studying with my neck jutting toward my American history books left both shoulders throbbing with an ache that persisted. Massage was nirvana - for a few minutes. When things kept getting worse in my 20s, a variety of practitioners offered diagnoses ranging from a short right leg to nothing to worry about. (That last verdict came from an orthopedic surgeon who told me that if I wasn't a candidate for surgery, he couldn't help.)

I've had a few memorable disasters. The vertebrae in my lower neck shifted out of alignment on a canoeing trip in Nova Scotia, sending the muscles around them into spasm. My then-boyfriend had to do all the paddling and carry our packs for the rest of the trip.

I once left an arch support that I had convinced myself I could not live without in a rental car, never to find a suitable replacement that makes walking with certain shoes pain-free. My husband, a lifelong backpacker, has searched the internet for an inflatable sleeping pad that's comfortable enough for a tent.

Still a mystery is why I have pain when others with more crooked backs do not. The best I have come up with is that a combination of genetics, poor eyesight, wear and tear, and a tendency to hold anxiety in my body contribute. And doctors tell me that people carry their vulnerabilities in different places.

"Undoing patterns often means telling the body to try not to try, to do less so you can feel more," said Kresge, a musical-theater buff who discovered Feldenkrais in the late 1980s to help free her singing voice.

I'm still undoing my own patterns.

On a vacation in the Pacific Northwest last week, I zoomed down a steep playground slide, my 2-year-old nephew in my lap, and crash-landed on my tailbone. Unable to sit for more than five minutes, and with my neck muscles seized up in their familiar pattern, I saw a skilled chiropractor - twice.

I felt better, but two days later the pain was back. After flying home, I was back in Feldenkrais class, which was devoted, luckily for me, to freeing the shoulders. We lay on our backs, bent our elbows at right angles and slowly moved our arms back and forward, lifting and lowering our necks and pelvises in different patterns. After class, I walked to my car, took some deep breaths and drove home, my neck in a much better.