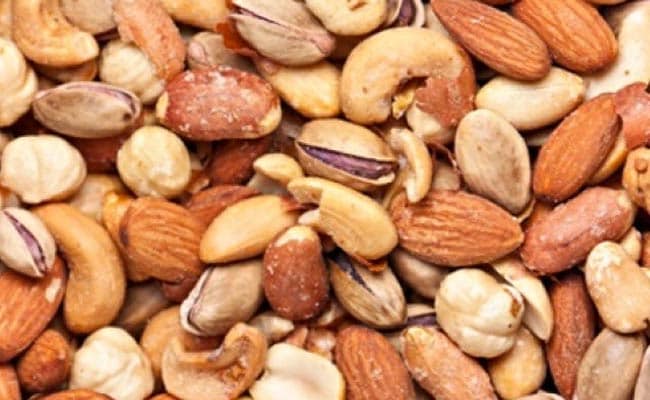 Nuts may exert their beneficial effects in part by reducing systemic inflammation. (Representational)

Greater intake of nuts may lower levels of inflammation, according to a new study that can help explain the benefits of nuts on cardiometabolic diseases.

"Population studies have consistently supported a protective role of nuts against cardiometabolic disorders such as cardiovascular disease and type 2 diabetes, and we know that inflammation is a key process in the development of these diseases," said Ying Bao from Brigham and Women's Hospital in the US.

"Our new work suggests that nuts may exert their beneficial effects in part by reducing systemic inflammation," Bao said.

Previously, researchers observed an association between increased nut consumption and reduced risk of major chronic diseases and even death, but few studies had examined the link between nut intake and inflammation.

In the current study, researchers performed a cross-sectional analysis of data from more than 5,000 people.

They assessed diet using questionnaires and looked at the levels of certain telltale proteins known as biomarkers in blood samples collected from the study participants.

After adjusting for age, medical history, lifestyle and other variables, they found that participants who had consumed five or more servings of nuts per week had lower levels of CRP and IL6 than those who never or almost never ate nuts.

In addition, people who substituted three servings per week of nuts in place of red meat, processed meat, eggs or refined grains had significantly lower levels of CRP and IL6, researchers said.

Peanuts and tree nuts contain a number of healthful components including magnesium, fibre, L-arginine, antioxidants and unsaturated fatty acids such as a-linolenic acid, they said.

"Our study supports an overall healthful role for nuts in the diet and suggests reducing inflammation as a potential mechanism that may help explain the benefits of nuts on cardiometabolic diseases," said Bao.

The findings were published in the American Journal of Clinical Nutrition.

Is Exercise Addiction A Thing? Here's What We Know