Acupuncture Needles Stung, But They Tamed My Migraines 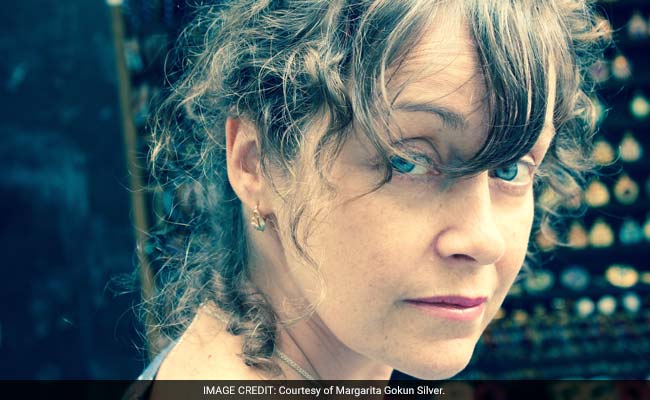 It usually begins with a drowsy fog of fatigue that makes me feel as if I haven't slept in days. My eyelids take on the weight of an oil tanker, and a few minutes later the pain arrives. It first settles along either my left or right eyebrow, hovers there until it runs out of space, then begins to spread to the other eyebrow. After that, it invades both temples and finally reaches the top of my head, then ebbs out across my scalp.

The word "migraine" took root in my vocabulary only after I turned 40.

My usual headaches stopped responding to over-the-counter painkillers and instead began worsening, with lights and sounds. The first time a migraine hit, I barely made it from my car to the bathroom, where I promptly threw up my entire lunch before spending the next seven hours in bed, in a fetal position and unable to open my eyes.

My normal headache seemed to have matured into a migraine the way a baby crocodile grows into a human-snatching beast. From that day on I no longer had regular headaches. I now suffered from migraines.

Migraines affect more than 29 million Americans and are more common among women than men. According to the Office of Women's Health at the Department of Health and Human Services, most sufferers are between the ages of 15 and 55, have a family history of migraines or disabling headaches, and often have such symptoms as nausea, vomiting and sensitivity to light and sound.

I discovered all that when, as soon as I recovered from my seven-hour ordeal, I did what most modern Americans would do in my situation: I Googled my symptoms. Every site I clicked on pointed to the migraine diagnosis, although there were other, much scarier propositions. Just in case, my doctor ordered an MRI scan of my head when I showed up in her office, printouts from WebMD in hand.

When the results came back showing no abnormalities, she did what a Western-trained physician knows how to do best: She phoned in a prescription for a new pain-relief pill for migraines. It was blue, came in its own plastic pillbox and set my insurance company back about $900 for eight tablets. Every time I took one, I thought of things I would much rather spend that money on. A massage, a pair of shoes, a night in a hotel at some exotic and exciting location.

None of those things could do what the new medication did, though, which is take away the blinding pit of quicksand that my head turned into during migraines. But there was one problem: The pill made me sick. When I took it - either with a meal or with the entire contents of my refrigerator - at the onset of a migraine, I doubled over with stomach pain and nausea so severe that I thought my eating days were over.

Exhausted by these side effects, I turned again to the Internet. Spending time on the computer turned out to be one of my migraine triggers, so my searching was sporadic. But during one hasty session I came upon Botox injections as a possible treatment, and I was intrigued.

Botox, a neurotoxin that blocks nerve signals to muscles, temporarily paralyzing them, was approved by the Food and Drug Administration as a treatment for chronic migraines in October 2010 - two months after my migraines began. According to studies financed by Botox's manufacturer, Allergan, patients treated with the drug experienced a decrease in the frequency of migraines. (Patients treated with a placebo also improved, though not as much.) I booked an appointment with a neurologist. A big proponent of efficacy, I figured maybe it would fix some of my wrinkles, too.

After spending two minutes speaking to me, five minutes typing something into the computer and 10 minutes consulting with his secretary on whether my insurance would cover Botox, my new neurologist scheduled me for the procedure. I returned on the assigned day, thinking that injections would be limited to my face and would not exceed two, at worst three, in number. Then the nurse brought in the vials: at least 30 of them. When I left the office about an hour later, I had Botox settling into not only my forehead but also my neck and the entire width of my shoulders.

The Botox did help my wrinkles - it lifted my eyebrows and corrected the asymmetry brought upon by Bell's palsy 20 years earlier - but it seemed to do nothing for my migraines. They now developed at least once a week, and because I didn't want to subject my body to the torture of the blue pill, I spent more and more time in bed. I stopped drinking wine because it seemed to trigger the migraines. I no longer went to the beach despite living a five-minute drive away because too much sun also brought them on.

The only activities that seemed to provide respite even if the migraine already took hold were yoga and painting. The hour I spent in yoga class was completely migraine-free. The moment we said "Namaste" at the end, though, my scalp would experience a familiar pang of pain, and I would go home struggling to keep my eyelids open. Painting produced the same effect. Yet I couldn't just go through my days painting and perfecting asanas. I had a business to run, a family to take care of and an occasional meal to enjoy in a restaurant that served wine.

The yoga and painting phenomenon didn't make any impression on my doctors, but mentioning it in my yoga class produced a breakthrough. Two, in fact. One came from a Canadian yoga buddy in the form of my first bottle of acetaminophen with codeine, available over-the-counter in her country and in Europe while being prescription-only in the United States. She told me a friend regularly took this combination for migraines and it seemed to help. The second breakthrough was an acupuncture recommendation from another yoga student.

The Canadian painkillers provided a respite, but the idea of needing to pop them twice a week forever made me want to reach inside and hug my liver. I decided to try acupuncture.

In recent years, several studies have concluded that acupuncture could be an efficient - and fairly side-effects-free - method of reducing both the occurrence and the severity of migraines.

At my first appointment with an acupuncturist, she spent 45 minutes asking me questions before any needles came out.

She told me when to inhale and when to exhale for each needle, and she stuck them into my hands, my feet and my forehead. All of them felt like a mosquito bite when they pierced the skin, but once they were in I no longer knew they were there.

"Relax," she said after she put in the last needle and told me to lie there for 30 minutes. "Either empty your mind or think only good thoughts."

A month into my treatment, after eight sessions, I noticed that my migraines had begun to slow down in frequency and weaken in intensity. At the end of two months, I felt strong enough to scale my appointments down to once a week. Five months after I started acupuncture, I felt essentially cured. I rarely got the drowsy fog of fatigue - and if I did, it almost always went away on its own. I could work on my computer and spend time on the beach, and I was able to drink wine again.

It has now been five years since I discovered acupuncture. I still occasionally get migraines, and if they seem to be amping up, I'll use acupuncture, even a couple of times a week. But there have been months when I don't need it at all.

Stress seems to be a big contributing factor, and with acupuncture I know that in addition to healing my body with needles, I also get a whole half-hour when I only think of good things.