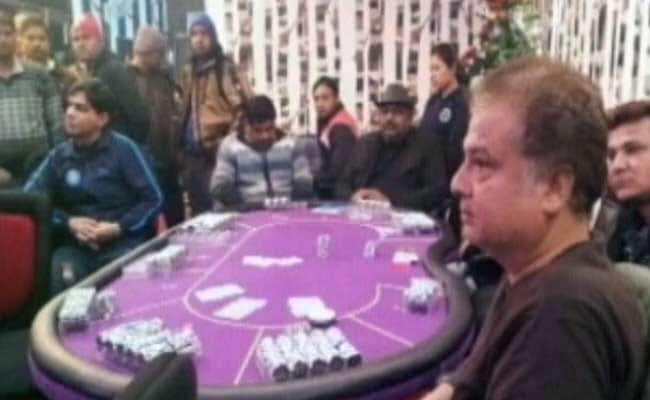 Rs 20 lakh in cash was recovered from the casino, named King Club, in a fancy residential neighbourhood of Gurgaon

Gurgaon: To gamble at a casino operating illegally near Delhi, one needed the carefully-guarded address - and a lakh in cash to play the really big-stakes tables.

The casino, named King Club, opened a month ago in a fancy residential neighbourhood of Gurgaon, just across the Haryana border, and was busted over the weekend by the local police. 43 people, including five women, were arrested from the casino that was spread over three floors and a basement.

Promoted
Listen to the latest songs, only on JioSaavn.com
The police said it found about Rs 20 lakh in cash at the club and it believes about 100 people gambled there every day.

The man who ran the club, Naresh Malhotra, said he hired 15 bouncers who kept an eye on clients - and a look-out for the police. "On interrogation, he revealed that no one was allowed to enter the house unless he granted permission," said a statement from the police. Security cameras inside and outside kept vigil for any potential disruption of business. It was a resident of the area who alerted the police to the nightly stream of ritzy cars that parked on an empty plot located next to the house where the casino had been set up. Then the police arrived for a raid at dawn.