The meeting was held at Manohar Parrikar's private residence where he is recuperating after undergoing treatment for a pancreatic aliment. 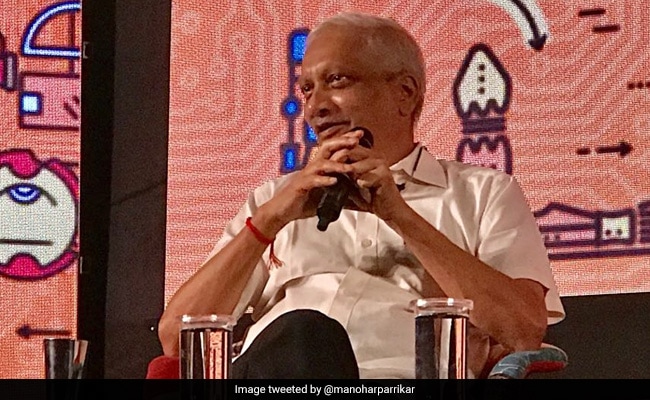 Even as the Panaji bench of the Bombay High Court is hearing a petition seeking public disclosure of ailing CM Manohar Parrikar's health status, BJP MLAs who met Mr Parrikar at his private residence on Saturday, said that the former Defence Minister was "recovering well" and in a position to carry on his professional duties.

"He individually asked each MLA about the difficulties they face and suggested resolutions to bottlenecks whenever they cropped up," Panchayat Minister Mauvin Godinho told reporters after attending Saturday's meeting at Mr Parrikar's residence.

"Just because he is recovering does not mean he can suggest solutions and carry on with official work," Mr Godinho said. The minister said that Mr Parrikar's health has "improved much".

Mr Parrikar is suffering from advanced pancreatic cancer and has been in and out of hospitals in Goa, Mumbai, New York and Delhi for nearly nine months.

He returned from New Delhi's All India Institute of Medical Sciences on October 14 and has not moved out of his private residence for any official event since.

The Opposition, as well ruling coalition allies have been demanding the resignation of the Chief Minister, claiming that the administration has come to a standstill due to Mr Parrikar's absence.

Saturday's meeting comes ahead of a scheduled hearing at the Panaji High Court in which the state government is expected to file its response to a petition admitted in the court last month, which sought a public disclosure of Mr Parrikar's health, on the grounds that he held a public office.

The Congress next week is also expected to launch a fortnight-long, statewide agitation demanding the replacement of Mr Parrikar as Chief Minister on health grounds.