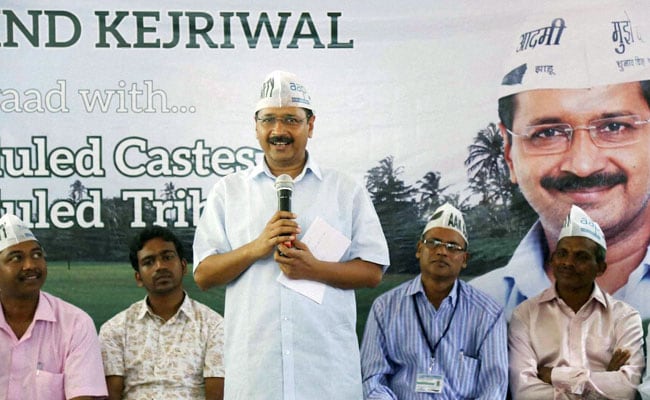 The names include AAP's state convener Walmiki Naik who will contest from Panaji, a constituency that was earlier represented by current Defence Minister Manohar Parrikar.

BJP's Siddharth Kuncolienkar is the present legislator from Panaji, which is considered the party's stronghold.

Former Shiv Sena Goa chief Ajitsingh Rane, who only recently joined AAP, will be contesting from Mayem in North Goa, a constituency represented by BJP legislator and speaker of the Goa Assembly Anant Shet.

Mr Rane is a labour union leader and has been at the forefront of various agitations in the state. The most recent protest involved truck drivers working for iron ore companies who demanded compensation after Goa banned mining in various parts of the state.

Another AAP candidate is Molu Velip, the former aide of BJP state minister Mahadev Naik. He will be constesting from Shiroda constituency in South Goa.

Promoted
Listen to the latest songs, only on JioSaavn.com
The fourth candidate to figure on AAP's list today was Cruz Silva, a businessman from Velim constituency. Mr Silva will be contesting against independent legislator Benjamin Silva.

AAP has already announced that it will contest all 40 constituencies in the coastal state. Top AAP leaders including Delhi Chief Minister Arvind Kejriwal, Manish Sisodia and Satyendar Jain have campaigned in the state.