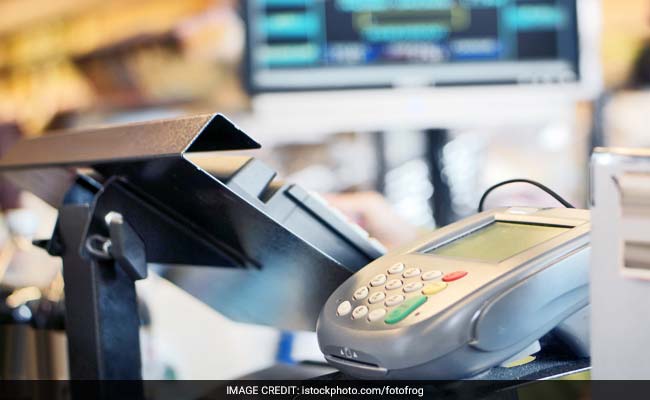 Whenever a customer swiped a card in such machines, the crooks recorded card data. (Representational)

He said the cyber crime acted on a tip-off received by Deputy Superintendent of Police Nelson Albuquerque. "The Cyber Crime police station was assisted by Calangute police station during the raid," Mr Gupta said.

Police have attached two skimmers, one laptop, four mobile phones, two pen drives and seven debit cards and other articles from the accused.

Whenever a customer swiped a debit or credit card in such machines, they recorded the card data along with the Personal Identification Number, a police officer said.

"The Cyber Crime police recovered a skimmer from the possession of arrested accused and others from the place where it was installed. The recovered skimmer look very similar to a genuine POS terminal that is credit/debit card swiping machine and cannot be identified as a skimmer by a layman," Mr Gupta said.

Promoted
Listen to the latest songs, only on JioSaavn.com
A case under section 420 (cheating) of Indian Penal Code and section 66 of IT Act has been registered in this regard, police said, adding a probe was underway.

(This story has not been edited by NDTV staff and is auto-generated from a syndicated feed.)
Comments
Goa scamCard reading devicesGoa crime