Station Incharge Of Area Where Ghaziabad Journalist Was Killed Suspended 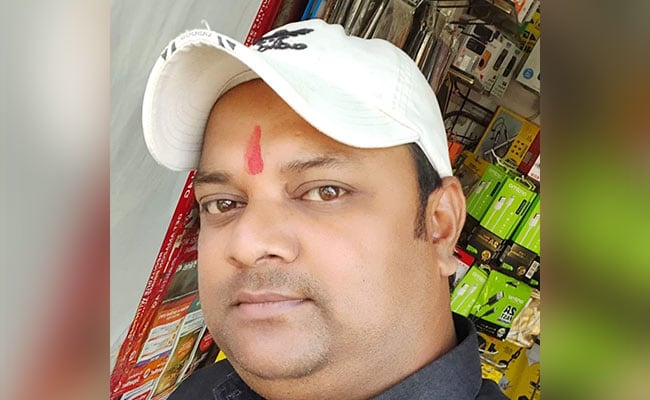 Vikram Joshi, 35, was shot in the head near his home at Mata Colony area of Vijay Nagar on Monday.

The Ghaziabad Police has suspended the police station incharge of the area where journalist Vikram Joshi was shot at four days ago, an officer said on Friday.

The action has been taken in view of the report submitted by a police circle officer who was probing the matter, Naithani said.

Vikram Joshi, 35, was shot in the head by goons near his home at Mata Colony area of Vijay Nagar on Monday while he was on a two-wheeler with his two daughters. He succumbed to the injuries on Wednesday morning while undergoing treatment at a hospital.

His family alleged that the local police took no action on complaints made earlier against the goons, who allegedly harassed Vikram Joshi's niece.

Vikram Joshi had confronted the accused on July 16, after which a fight broke out between the two sides and one of the accused had got injured.

"A circle officer, who was entrusted with the investigation of the Vikram Joshi murder case, has said it has been found that there was lack of supervision from the Vijay Nagar SHO in the case," Mr Naithani said.

No preventive or legal action was taken in the case from July 16 when the dispute arose and mutual allegations were made till July 20 when the killing took place, the SSP said. "The SHO has been suspended for non-action and negligence."

"For better investigation, the probe has been shifted from the Vijay Nagar police station to the Kotwali police station," he added.

Nine people have been arrested so far in connection with the killing and a police post incharge was suspended on Wednesday.

Taking strong note of the law and order situation, the district police chief directed the SP (city) and the SP (rural) to immediately brief all personnel, from the police post incharge-level to constables, that laxity approach would not be tolerated.

"Personnel have been told to ensure preventive measures in cases of old rivalries and enmity," Mr Naithani said.

"I have also called a meeting of SHOs soon where they will be told to work for the public and ensure action in cases," the SSP said. "I have also proposed rewards for those working well in their area to encourage the personnel."

He also effected a couple of transfers and shuntings in the department.

Woman Whose Body Was Found In Suitcase In UP's Ghaziabad Identified: Cops